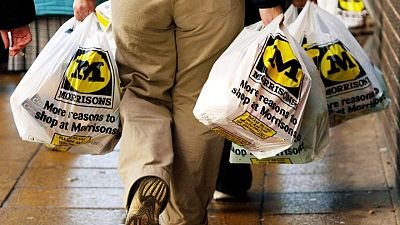 LONDON – The size and duration of a recent jump in inflation is proving greater than expected but interest rates are likely to remain relatively low in the coming years, new Bank of England Chief Economist Huw Pill said.

“As the pandemic recedes and the level and composition of global demand and supply normalise, these inflationary pressures should subside,” Pill said in answers to questions from lawmakers that were published on Thursday.

“But the magnitude and duration of the transient inflation spike is proving greater than expected.”

His comments chimed with the BoE’s September policy statement in which it said Britain’s consumer price inflation rate was likely to top 4% – more than double the BoE’s target – and the case for a first interest rate hike since the coronavirus pandemic was strengthening.

Pill said the risks to the central bank’s economic and inflation forecasts were “again clearly becoming two-sided” after the economy slumped by nearly 10% in 2020 due to the pandemic, but the BoE was unlikely to hike rates sharply.

“I do expect interest rates to remain at relatively low levels for the coming years, even as the impact of the COVID-19 pandemic recedes,” he said.

The former Goldman Sachs economist also said negative interest rates – now part of the BoE’s arsenal – were “both feasible and likely to ease monetary conditions” but they were no panacea and they could probably provide a limited 50 or 100 basis points of additional reduction in the Bank Rate.

Year-ahead annual price inflation was expected to be 3.5% in the three months to September 2022, up from 3.2% in the August survey, the BoE said.

The survey of almost 2,900 businesses was conducted between Sept. 3 and Sept. 17, before a recent jump in energy prices and an escalation of a shortage of supplies and staff which has prompted some private economists to say that Britain’s consumer price inflation rate will hit 5%.