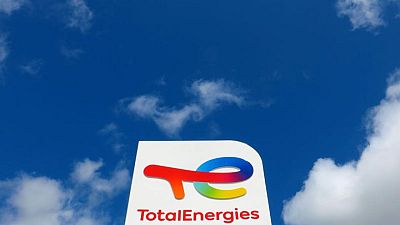 LONDON – France’s TotalEnergies is seeking to sell a third of its 60% stake in the Laggan Tormore gas field in the British North Sea, which is expected to raise around $300 million, six industry and banking sources said.

The company is hoping the recent rally in natural gas prices to record highs due to tightening supplies will boost buyer interest, the sources said.

The French oil and gas giant attempted in 2018 https://www.reuters.com/article/us-total-northsea-m-a-exclusive-idUKKBN1JZ12R to sell a 20% stake in the Laggan Tormore field, which started production in February 2016 and can produce up to 90,000 barrels of oil equivalent per day, but the sale fell through.

The field is located in the northwest of the Shetland Islands region, where several large oil and gas fields have been developed in recent years. Privately-owned INEOS holds another 20% of the field, and Viaro Energy the remaining 20%.

Most other areas in the ageing UK North Sea have seen production declines in recent decades.

TotalEnergies, like its European rivals, is in the midst of a shift towards renewables and low-carbon energy as part of a strategy to sharply reduce greenhouse gas emissions in the coming decades.

The company continues to invest in natural gas.

“Gas has a key role in the energy transition. And I would say what is happening this year is even further reinforcing my conviction,” Chief Executive Patrick Pouyanne told analysts in a conference call last week.