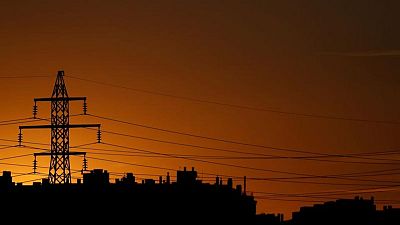 -Power firms including wind energy leader Iberdrola and investors have complained to European officials about a Spanish move to claw back company profits and channel them to consumers hit by high energy prices, a letter seen by Reuters showed.

A global cocktail of strong demand as economies emerge from pandemic-induced recessions, infrastructure outages and low stocks have forced gas and power prices to record highs.

In Spain, where flexible tariffs leave consumers more exposed to the price spike, the government has imposed charges on companies seen to have benefited from the rise.

But power firms have protested, saying they are already committed to selling all of their base power production for this year and more than three-quarters of 2022’s generation at prices far below current highs.

In a letter dated Sept. 24, executives from Iberdrola, Enel unit Endesa and the Spanish unit of Portugal’s EDP, along with European electricity industry associations and the Global Infrastructure Investor Association asked the European Commission to “immediately start an in-depth analysis” of the Spanish charges.

A spokesperson for Spain’s Energy and Environment Ministry declined to comment on the letter. A European Commission spokesperson confirmed that it had received the letter, and said it would respond in due course.

The Spanish government has said companies will face limits on their profits until March, when the measure expires, but that they will get higher tariffs later, meaning the overall impact is neutral.

It expects to channel 2.6 billion euros ($3 billion) from firms to consumers over the next six months.

The signatories to the letter said EU law meant governments could use a range of alternative options to shield consumers from higher bills, such as reducing taxes on energy – another measure Spain has taken to respond to the price spike.