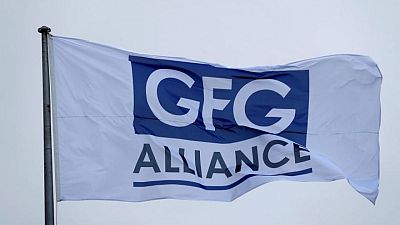 LONDON -Buyout firm American Industrial Partners said on Friday it acquired ownership of an aluminium smelter in France after a default on debt by a unit of the GFG Alliance owned by commodities tycoon Sanjeev Gupta.

GFG, however, said it would fight the takeover of the smelter in Dunkirk, Europe’s largest primary aluminium producer.

GFG has been under pressure to find refinancing for its cash-starved web of businesses in steel, aluminium and energy after supply chain finance firm Greensill filed for insolvency in March.

AIP said in a statement the acquisition took place after a foreclosure on shares which were pledged to AIP under mezzanine financing arrangements.

In July, GFG said it had agreed a deal with commodities group Glencore to refinance the debt on its aluminium unit after GFG‘s main lender collapsed.

GFG said in a statement it had offered to repay debt to AIP.

“AIP has instead used its loan…to orchestrate an asset takeover for what is well below market value. GFG Alliance will defend its position and its interests vigorously.”

AIP said the transfer of ownership has been approved by French authorities and were in compliance with European Union merger regulations.

“The purchase consideration … will be determined in due course by an independent valuation,” its statement said.

France’s economy and industry ministers said they welcomed the prospect of stable ownership and commitments by AIP to maintain capacity at Dunkirk.

“This development, if it were to be finalised, would allow a positive outcome for the company and all its staff,” Bruno Le Maire and Agnes Pannier-Runacher said in a statement.

AIP said it would continue to keep the current leadership at the smelter and no disruptions were expected.

The operation in Dunkirk produced 284,000 tonnes of aluminium and employed 550 people in 2018. More recent data was not available.