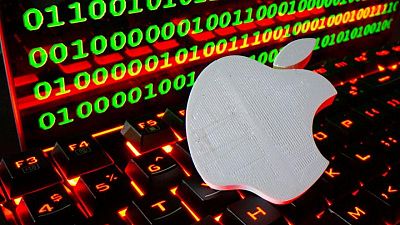 – Apple’s recent privacy changes for iPhones are signs it may look to tap into an internet advertising market dominated by Facebook and Google, an analyst at RBC Capital Markets said.

Since an April software update, most iPhones have allowed users to decide which apps can track user activity – crucial information that helps companies like Facebook deliver tailored ads to users and measure their impact.

The feature, which Apple calls App Tracking Transparency (ATT), has worried many digital advertising and mobile gaming companies including Facebook, which says it has made it more expensive and difficult for brands to advertise on its platforms.

“We view (the privacy changes) as a sign that Apple may want to compete in global advertising,” RBC analyst Brad Erickson said in a client note late Thursday, while starting coverage of Facebook, Amazon and Alphabet with “outperform” ratings.

Erickson is rated four stars for the accuracy of his earnings estimates on internet companies and recommendations, according to Refinitiv data.

“(Apple) can use data privacy as cover while it invests in a search algorithm behind the scenes,” Erickson said, referring to potential advertising revenue from a Google-like search engine.

If advertisers had “no choice but to fly blind with the loss of signal from Apple,” Google-owned YouTube and Amazon’s Connected TV could benefit as advertisers’ next best alternatives, Erickson said.

Evercore ISI analysts also pointed to Apple’s possible advertising ambitions in August, saying “hampering third-party advertising” would give it a successful start in advertising. Still, they noted that ATT was meant for user privacy rather than monetization.