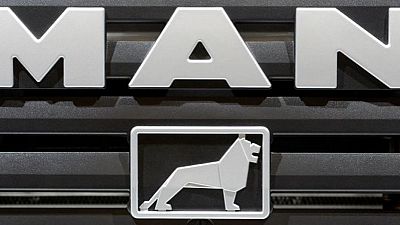 BERLIN – German truckmaker MAN, owned by Volkswagen’s Traton division, aims to significantly raise its profit margin by 2023 as it restructures to adapt to the electric age, its chief executive said.

Andreas Tostmann, in an interview with Reuters, did not quantify where margins would stand in two years compared with the 3.3% it achieved in the first six months of 2021.

The division in March said it aimed for a margin of 8% over the full business cycle, leaving open when that would be.

Seen as the problem child at Traton, in which Volkswagen owns a 89.72% stake, MAN lags far behind Traton’s Swedish subsidiary Scania, which had a first-half profit margin of 12%.

Traton late on Wednesday unveiled a reshuffle of top management that saw the resignation of CEO Matthias Gruendler, who will be replaced by Scania boss Christian Levin.

Tostmann, who has cut 350 jobs and closed two MAN factories as part of a restructuring, added that MAN was working towards generating the same profit from electric vehicles as diesel vehicles, without specifying when he expected this to occur.

Customers would expect cost parity between electric and diesel vehicles to be reached by the end of the decade, with two fifths of trucks on the road fully electric – rising to 60% among smaller vehicles, he said.

“Our customers demand a product with the same costs as a diesel vehicle or lower,” Tostmann said.

The company is also experimenting with autonomous driving, he said, and is testing one truck model in the port of Hamburg with the aim of developing a vehicle which could drive at the same speed as a human-driven truck on the road.