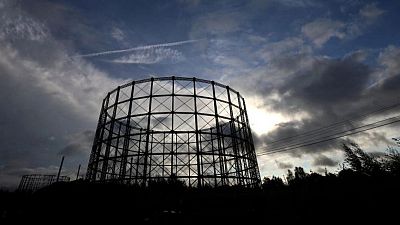 Benchmark European gas prices have rocketed as tight supply has collided with high demand in economies recovering from the COVID-19 pandemic, dragging up wholesale electricity costs.

EU environment ministers will debate their response to soaring prices on Oct. 6, and the issue will be discussed at an EU summit on Oct. 21-22.

“Member States need the flexibility to introduce quick, temporary measures to protect consumers and ensure fair treatment of our businesses,” Poland said in a paper shared with other EU governments, ahead of next week’s meeting.

The European Commission is drafting a “toolbox” of measures countries can use to respond to energy price spikes without breaching bloc rules.

The Polish paper, seen by Reuters, asked Brussels to curb the influence of financial market participants on EU carbon permit prices, echoing recent demands from Spain and the Czech Republic.

Analysts say gas prices are the main driver of the surge in electricity costs, although factors including record-high CO2 permit prices and low wind power generation have played a role.

Poland also said the EU must not allow gas suppliers to abuse their dominant position to manipulate prices. It did not name any companies.

Russia made up 43% of EU gas imports in 2020, and Moscow has faced accusations from some EU lawmakers of not doing enough to increase supplies to Europe, contributing to price spikes.

“Leaving existing pipelines and storage capacities largely unused in the midst of supply scarcity is a clear sign of market manipulation,” the Polish government said.

As energy prices soar, member states are increasing their scrutiny of new EU climate change policies, including a proposed CO2 price for fuel used in buildings and transport.

The measures, which include a multi-billion-euro fund to shield vulnerable consumers from higher fuel costs, all need approval from European Parliament and EU countries before they would be introduced in the next few years.

“When designing energy and climate policies, we have to ensure their social acceptability, otherwise we risk their failure,” Poland said.

The European Commission has said a faster shift to clean energy would protect Europe against future price surges, by reducing dependence on imported fossil fuels.