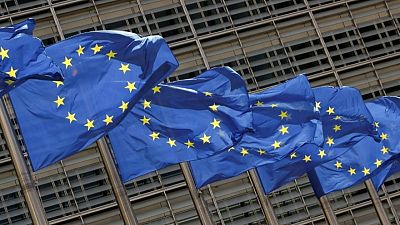 LONDON – The EU should invest up to 200 million euros a year to boost domestic output of specialist rare earth magnets, vital for electric car motors and wind turbines, and reduce dependence on China, an EU-funded body said on Thursday.

Companies could be offered tax breaks as part of a plan for the EU to produce a fifth of its own rare earth magnet demand by 2030, the European Raw Materials Alliance (ERMA) said.

Currently 95% of the EU’s permanent magnets, also vital for the defence sector and high-tech products such as robots, is imported from China.

A report by ERMA confirms a Reuters article last month that the EU was considering offering support to local producers so they can compete with Chinese rivals.

The EU, along with the United States and Britain, aims to develop domestic rare earth mining, processing and magnets to help meet targets for cutting carbon emissions.

Demand for permanent magnets is due to surge as much as tenfold by 2050, when the EU and Britain have pledged to cut net greenhouse gas emissions to zero.

Environmental certification and a state-supported procurement operation are among a dozen proposals in the report, which targets the rare earth magnet sector as a strategic priority.

“We have to act fast. The gap (with China) is getting wider and global demand is increasing,” said Bernd Schäfer, chief executive of EIT Raw Materials, which manages ERMA.

“Our factbase has evidence that there is going to be a major risk of supply chain interruption with all the implications for European industry,” he said in an interview.

A key proposal is that a “Bridge Fund” should be launched worth 150-200 million euros a year to help finance projects.

The report says the EU must create a “level playing field” because magnets from European producers sell for 20-30% more than products from Chinese rivals due to various Beijing government subsidies.

Companies have submitted 14 proposed projects to ERMA worth 1.7 billion euros that would allow the bloc to boost output of permanent magnets to 7,000 tonnes by 2030 from 500 tonnes currently, the report said.