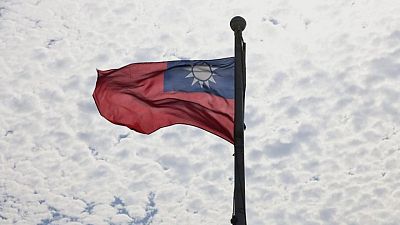 TAIPEI – Taiwan’s government on Wednesday proposed tightening a law to prevent China from stealing key technology, reflecting concerns in Taipei that Beijing is stepping up espionage efforts against the island.

Taiwan is home to a thriving and world-leading semiconductor industry, used in everything from fighter jets to cars, and the government has long worried about Chinese efforts to copy that success, including through industrial espionage, poaching talent and other methods.

Taiwan’s Mainland Affairs Council said it was proposing a revision to an existing law governing China relations that would require people getting government money for certain technology to seek permission before going to China.

The council did not specify what constitutes “national core technology” or how the government defines “certain subsidies” provided by them, saying it will seek help from the technology ministry and further amend the regulations.

A senior Taiwan government official familiar with the matter told Reuters last month the revision was meant to protect the island’s manufacturing technology for advanced chips, which industry experts say is generations ahead of China’s.

Taiwan’s parliament will need to pass the revisions.

Four lawmakers from the ruling Democratic Progressive Party proposed in April https://www.reuters.com/technology/taiwan-says-china-waging-economic-warfare-against-tech-sector-2021-04-28 amending the commercial secrets law to widen the scope of what is considered a secret and toughen penalties.

Taiwan blames China for most cases of industrial espionage by foreign forces discovered in recent years.

Taiwan has been particularly concerned by Chinese attempts to boost its semiconductor industry by “poaching” Taiwanese talent.