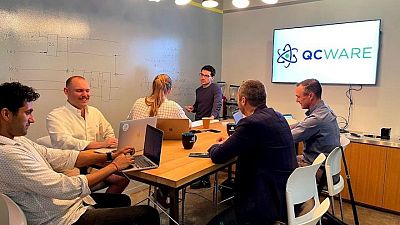 The funding round was led by Koch Disruptive Technologies, an investment arm of Koch Industries, and Covestro AG, a chemical firm in Germany.

While there is some debate about when quantum computers will be able to crack real world problems, many companies are dedicating resources to ensure they are ready, bringing revenue to startups like QC Ware, said CEO Matt Johnson.

“Companies that come to us are ones who didn’t move quickly on machine learning and A.I. and found themselves flat footed,” said Johnson.

Koch Industries is one of them, according to Navin Maharaj, Director at Koch Disruptive Technologies. “With quantum we’re trying to get ahead of the eight ball a bit,” said Maharaj.

QC Ware said its software can operate on any type of quantum computer. It works with companies to develop quantum algorithms to solve industry specific problems. Johnson said QC Ware is focused on the chemical industry for drug development and financial services, two areas where he thinks quantum computers will have early practical uses.

The latest funding will help the company expand its engineering team, said Johnson. It currently has about 35 employees and will build that out to about 55 in the next 12 to 18 months.