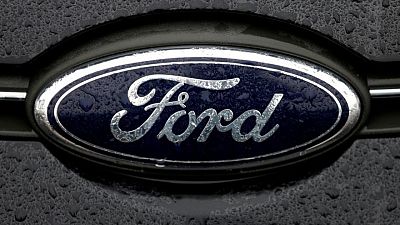 By David Shepardson and Ben Klayman

WASHINGTON/DETROIT – The plan for Ford Motor Co and Korean battery partner SK Innovation to build three battery plants in the United States, announced this week, will prompt a furious drive by labor leaders to organize the plants, potentially setting the tone for future union drives at auto industry factories in the U.S. South.

The United Auto Workers (UAW) union, which represents about 150,000 hourly workers at the U.S. plants for General Motors Co, Ford and Chrysler parent Stellantis NV, is working to represent workers at battery plants. Union leaders have said Ford has a “moral obligation” to make sure battery plant jobs are good-paying union jobs.

The fate of these workers is so important because building electric cars and the batteries that power them is largely where the job growth lies in the auto sector. If the UAW strikes out in the Ford-SK plants, it could face the risk of further erosion of membership as consumers buy fewer gasoline-powered vehicles.

The UAW has strong allies in Washington as U.S. President Joe Biden has called on U.S. automakers to deepen their relationships with the union, and House Democratic leaders want to give union-made U.S. electric vehicles an extra $4,500 in consumer retail incentives.

However, Elon Musk, the chief executive of EV leader Tesla Inc, whose plants are non-union, suggested on Tuesday the Biden administration was controlled by unions when it comes to EV policy.

While unions have seen a broad uptick in public support, the UAW faces a huge challenge in organizing new plants, said Kristin Dziczek, an economist at the Center for Automotive Research. Many of the newer plants are located in union-resistant states in the South and West, such as western Tennessee where the new Ford truck and battery plants will be built.

“It is going to be a challenge and one that will test the new leadership of the UAW” to organize the new truck assembly plant, Dziczek said. “It would be a big win for the UAW to organize the battery plants.”

The clock is ticking for the UAW, in which membership has declined sharply over the decades. UAW President Ray Curry, who attended a Ford event in Tennessee on Tuesday to celebrate the company’s plan to build new electric F-150 assembly and battery plants https://www.reuters.com/business/autos-transportation/ford-sk-invest-114-bln-add-electric-f-150-plant-three-battery-factories-2021-09-27 there, said the union is “eager to work with Ford to continue to assure the culture of manufacturing high-quality vehicles and components for their customers.”

Ford’s North American chief operating officer, Lisa Drake, told Reuters that “in any environment, it’s up to a workforce to decide if they want to be represented.”

She was quick to add, however, that Ford is the largest employer of UAW-represented employees in the United States and that it has asked SK not to take an anti-union stance when it comes to the joint-venture battery plants to be built in Tennessee and Kentucky.

Biden’s administration is backing the union.

White House National Economic Council director Brian Deese tweeted on Tuesday that “Ford’s announcement to invest in good-paying union jobs and wages shows that approach is starting to pay off.” Ford has not said those jobs will be unionized, and in any case it would be up to potential workers to vote in favor of organizing.

GM faces the same kind of pressure for the U.S. battery plants it is building with LG Energy Solution, a unit of Korea’s LG Chem.

The No. 1 U.S. automaker initially took the same stance as Ford that it was up to potential workers to decide on whether to unionize, but subsequently expressed strong support for efforts by the UAW to organize those plants without endorsing the union.

The issue is certain to be the subject of contract talks between the UAW and Detroit’s Big Three automakers before the current four-year agreement expires in late 2023.

The union’s push comes as it has unsuccessfully sought to organize plants like Volkswagen AG’s in Tennessee and other foreign auto plants.

The UAW in the past has criticized GM for announcing a $1 billion investment to build EVs in Mexico, where union rights are seen as far weaker and hourly pay is much lower, and has also criticized Ford for opting to build some EVs in Mexico rather than in Ohio.