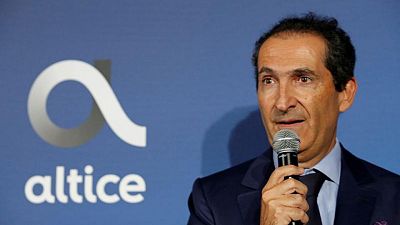 PARIS -Telecoms tycoon Patrick Drahi is in talks to buy French firm Eutelsat in a deal that would see one of his investment vehicles take direct control of the Paris-listed satellite operator, two sources familiar with the matter told Reuters.

Drahi is working with banks on the project and recently made a bid approach for Eutelsat which has a market value of 2.3 billion euros ($1.96 billion) and is backed by state investor Bpifrance with a 20% stake, the sources said, speaking on condition of anonymity.

Eutelsat, one of the world’s leading commercial satellite operators, has turned down Drahi’s initial proposal, one of the sources said, adding the price was deemed too low but talks remained active.

The Franco-Israeli businessman and founder of cable and mobile telecoms company Altice has held direct talks with Eutelsat’s top investors, the sources said.

He recently reached out to the French government to seek approval for his takeover plan, one of them said.

A representative for the French government declined to comment.

Drahi, who started his career in the satellite industry, has no plans to merge Eutelsat with his telecom and media assets and would keep the French firm within a separate holding company, the sources said, pointing to the possibility of using this platform to pursue further deals in the fragmented satellite industry.

Founded in 1977, Eutelsat has suffered five consecutive years of declining revenues and recently bought about 24% of British rival OneWeb for $550 million – the biggest deal since chief executive Rodolphe Belmer took office in 2016.