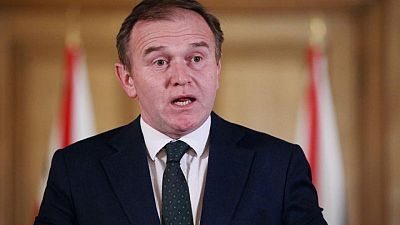 LONDON -Britain’s farming and environment minister George Eustice announced on Wednesday that regulations related to gene editing in agricultural research would be eased in England following a public consultation.

Rules will now largely be aligned with conventional breeding methods for research and development into plants although scientists will still be required to notify the government of any research trials.

“It is a tool that could help us in order to tackle some of the biggest challenges that we face – around food security, climate change and biodiversity loss,” Eustice said in a statement announcing the relaxation.

The technology has faced the same stringent rules which apply to research that involves genetic modification.

Gene editing is different from genetic modification (GM), as it does not result in the introduction of DNA from other species.

Proponents argue gene editing can be seen as equivalent to conventional breeding but many times faster.

Opponents, however, believe the technology will be used to further corporate interests rather than tackling the underlying problems faced by agriculture which include a lack of crop diversity and the decline of beneficial insects.

“Changing the DNA of crops and animals to make them temporarily immune to disease is not a long-term solution; we should be investing in solutions that deal with the cause of disease and pests in the first place,” said Joanna Lewis, director of policy and strategy at the Soil Association.

The change in rules will not apply to the marketing of plants to consumers with both gene editing and genetic modification still subject to the same rules although a further review is planned.

The European Union applies the same rules to both gene editing and genetic modification although the European Commission has launched a review which could open the door to a possible loosening of restrictions for gene edited plants.

The change just applies to England as agriculture is devolved within the United Kingdom and Scotland, Wales and Northern Ireland set their own rules.