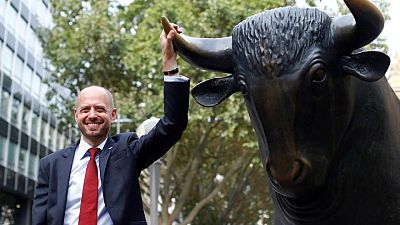 BERLIN – German economists and industry groups expressed relief on Monday that Europe’s biggest economy probably avoided a leftist government after the Social Democrats narrowly won the election but the far left’s weak result ruled it out as a potential partner.

A centrist three-way alliance looks most likely to take over from Angela Merkel, who after 16 years as chancellor did not stand in Sunday’s vote. Both the Social Democrats (SPD) and Merkel’s conservative bloc say they want to lead government and both have identified the Greens and the pro-business Free Democrats (FDP) as preferred partners.

The far-left Linke party’s poor showing means that a so-called red-red-green coalition with the SPD and the Greens mooted as one of potential configurations, was no longer viable.

“Many investors and companies should be relieved that a red-green-red alliance will probably not have a majority in the new lower house of parliament,” said Joerg Kraemer, chief economist at Commerzbank.

The hand of the Free Democrats was strengthened, he said, given no coalition will be possible without them apart from a new “grand coalition” of the SPD and conservative bloc that both groupings are determined to avoid.

“An economic veer to the left is therefore off the table,” said Kraemer. He added, however, that a market-friendly reform program was also unlikely given the probable involvement in government of the Greens, who are at odds with the FDP on many economic policies.

Analysts and economists also called for a swift conclusion of coalition talks.

“The exclusion of a left-wing alliance should lead to relief in the markets, but the prospect of protracted exploratory and coalition talks will also bring uncertainty for the coming weeks,” said analysts at Bayern LB.

The BDI industry association called on the parties to focus on policies to strengthen Germany rather than enter into tactical manoeuvring, adding that climate protection and digitalisation were huge challenges.

“The strengthening of our economic forces and the commitment to Germany as a country of industry, exports and innovation are essential for any conceivable coalition,” said BDI President Siegfried Russwurm.

With the environmentalist Greens poised to join a ruling coalition, energy groups also want help with the looming green transition.

“The parties must now show in the coalition negotiations that they are serious about the energy transition. This includes more honesty in the debate: The transformation will involve painful restrictions and, at least initially, will also cost jobs,” said Siemens Energy Chief Executive Christian Bruch.

The HDE retail association said the sector craved stability after the upheaval caused by the coronavirus pandemic.

That meant strengthening town centres and reducing the burden on firms. “Retail companies need more air to breathe, tax rises or more bureaucracy must be avoided,” he said.

(This story refiles to remove redundant words from headline)