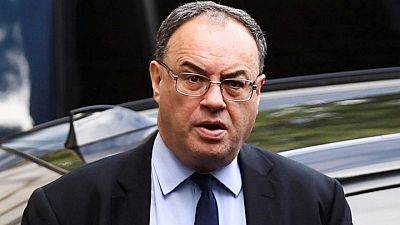 LONDON -Bank of England Governor Andrew Bailey said on Monday that he and other members of the Monetary Policy Committee saw a growing case to raise interest rates, echoing a statement published by the central bank after last week’s policy decision.

“All of us believe that there will need to be some modest tightening of policy to be consistent with meeting the inflation target sustainably over the medium term,” Bailey said in a speech to be given to the Society of Professional Economists.

“Recent evidence appears to have strengthened that case, but there remain substantial uncertainties and we are monitoring the situation closely,” he added.

Britain’s economy has bounced back sharply from its nearly 10% crash in 2020, caused by the coronavirus and the government’s shutdown of much of the economy.

Last week, the BoE said the case for higher interest rates appeared to have strengthened. It also nudged up its forecast for inflation at the end of the year to over 4%, more than twice its target rate.

The BoE said it expected the overshoot to be temporary, but two policymakers called for an immediate halt to its 895 billion-pound ($1.23 trillion) bond purchase programme, which is due to run until year-end.

Bailey said a major challenge for the BoE would be to distinguish between one-off increases in price levels and factors that could cause a longer-term increase in the annual rate of inflation.

“Monetary policy should not respond to supply shocks which do not become generalised through their impact on inflation expectations,” he said.

Financial markets now fully price in a 15 basis-point rise in interest rates at the BoE’s February 2022 meeting and another increase – taking Bank Rate to 0.5% – by November 2022.