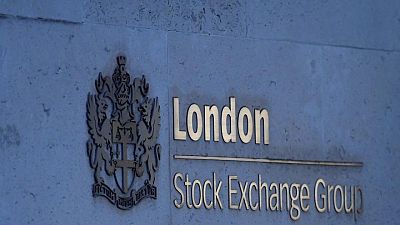 LONDON – Top banks and asset managers have thrown their weight behind proposals in Britain to scrap curbs on share trading after billions of euros in daily stock dealings left London for Amsterdam due to Brexit.

The finance ministry proposed the changes in its review of wholesale capital markets to help maintain London’s competitiveness as a global financial centre after largely being cut off from the European Union since December.

A rule Britain inherited from the bloc known as the share trading obligation mandates that market participants must use specific venues like stock exchanges to trade.

In their responses to the ministry’s public consultation on a welter of draft reforms, UK Finance, which represents banks in Britain, and the Association for Financial Markets in Europe, whose members include big international banks and asset managers, both backed scrapping the STO to increase competition.

“We agree with UK authorities that the removal of the STO is necessary to ensure that UK-based firms have the ability to execute trades on the venues where they will achieve optimal results for their clients,” AFME said.

“We agree this obligation should be removed as it has simply imposed unnecessary costs upon liquidity providers and trading venues without any corresponding benefits,” said UK Finance, adding that its removal would not lead to any negative consequences.

The prospect of returning to an effective free-for-all in share trading has raised some concerns, however.

“It could be a bit too much, too soon in terms of making changes. We don’t want a return to… where liquidity was over fragmented, and therefore harder to police,” Horan said.

Following responses to its public consultation, the finance ministry is expected to publish final plans for reforming the wholesale market in coming weeks.