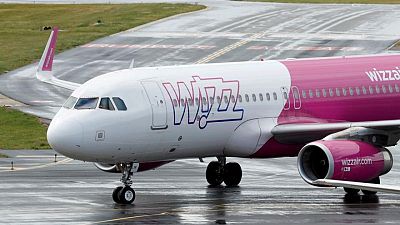 LONDON -Hungary’s Wizz Air is focused on organic growth, its chief supply chain officer said, declining to comment on whether the low-cost airline had recently made a takeover approach for bigger rival easyJet.

Sources have said Wizz was the suitor for easyJet after the British airline said earlier in September it had received an approach but did not name the bidder.

Jones said he could not comment on press speculation when asked if Wizz was behind the bid.

Wizz Air, which has grown rapidly over the last five years, expanding into western Europe from its eastern European base, has in the past said it wants to expand its presence at London’s no.2 airport Gatwick, an easyJet stronghold.

Slots at Gatwick may be shortly available after British Airways said earlier on Thursday it was scrapping its short-haul operations from the airport.

“We remain as interested in Gatwick as we have been and as I’ve been saying and as (Wizz chief executive) Jo Varadi’s been saying since the start of the pandemic,” he said when asked whether Wizz would bid for the BA slots.

“We’ll only move to an airport if we’re going to be operating at the right cost level,” said Jones when asked about costs at Gatwick.

Industry sources have said that Wizz, which already has 240 aircraft on order, is in negotiations with European planemaker Airbus over the purchase of at least 100 more narrowbody jets, but Jones refused to be drawn on whether talks were underway.

“We’ll continue to look at what’s available in the market and what matches our growth aspirations,” he said.