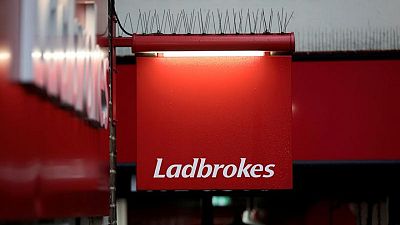 – U.S. fantasy sports betting company DraftKings has made a takeover proposal that values Entain at $22.4 billion, months after the British gambling firm rejected an offer from MGM Resorts International.

Analysts said much now would depend on MGM, Entain’s joint venture partner in the United States, which has accumulated more cash since its approach.

MGM has said any deal that would leave Entain with a competing U.S. business would require its consent.

Below is a timeline of events since January:

MGM said a proposed merger would be “compelling” and a deal among other things, would help grow BetMGM, its U.S.-based online sports betting operating.

Entain said its then Chief Executive Officer Shay Segev was leaving the company after just seven months in the role.

Entain named non-executive director and industry veteran Jette Nygaard-Andersen as its CEO, making her the first woman to lead a UK gambling company.

Entain raised its cash offer for Enlabs to value it at around 3.7 billion crowns ($440.16 million).

Entain sweetened its offer to A$3.5 billion ($2.72 billion) for Tabcorp’s wagering and media business.

MGM Growth Properties, majority controlled by MGM Resorts, to sell itself to VICI Properties Inc in a $17.2 billion deal.

MGM Resorts to get $4.4 billion for its stake and is part of its ‘asset light’ strategy to invest in areas such as sports betting and casino development in Japan.

Entain confirmed DraftKings’ takeover proposal that valued it at $22.4 billion. DraftKings plans to offer 28 pounds per share in cash and share after its earlier proposal of 25 pounds a share was rejected by Entain.

DraftKings has until Oct. 19 to make a firm offer.