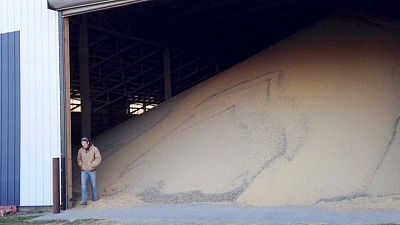 By Tom Polansek and Karl Plume

CHICAGO – Minnesota agricultural firm Crystal Valley Cooperative said it had been targeted in a ransomware attack in recent days, making it the second Midwestern farm-services provider in a week to be forced to take systems offline due to cybersecurity incidents.

Crystal Valley, which sells supplies like fertilizer to farmers and buys their crops, said it became aware of the attack on Sunday, prompting it to take operating systems offline and to stop accepting major credit cards.

“This attack has infected the computer systems at Crystal Valley and severely interrupted the daily operations of the company,” Crystal Valley said in a statement on its website. It asked customers for understanding while the company resolves the issue.

“With the help of some other local co-ops, they’re helping grind some feed and sharing the burden,” he said.

NEW Cooperative Inc in Iowa said on Monday its systems were offline to contain a cybersecurity incident. A Russian-speaking cybercriminal group named BlackMatter said on its website that it stole data from the farm services provider.

The disruptions are hitting the Farm Belt as growers gear up for the autumn harvest.

Crystal Valley operates eight grain elevators with the capacity to store a total of 25 million bushels in Minnesota, the third biggest U.S. soybean-producing state and fourth biggest corn producer, according to its website. Two locations load huge 110-car trains for delivery to big buyers or exporters.

Paap, president of the Minnesota Farm Bureau, said he has been able to deliver grain to Crystal Valley’s elevator in Vernon Center with minor delays as the normally automated process is offline.

“It’s old school, with hand-written tickets instead of the computer reading the card on the side of your truck as you drive in,” he said.

Cybersecurity has risen to the top of the Biden administration’s agenda after high-profile attacks that affected U.S. fuel and food supplies.