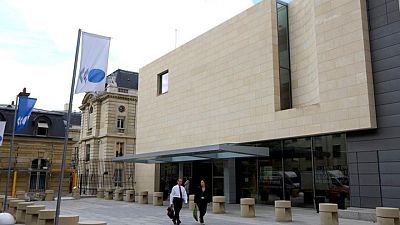 PARIS – A rapid rebound in global growth is on track but it is too early for governments and central banks to withdraw exceptional support for their economies despite a spike in inflation, the OECD said on Tuesday in an update of its economic outlook.

After slumping 3.4% last year during the worst of the COVID-19 crisis, the world economy is on course to grow 5.7% this year, the Organisation for Economic Cooperation and Development (OECD) said, trimming its forecast by 0.1 percentage point.

The Paris-based policy forum said global growth would then ease to 4.5% next year, up 0.1 percentage point from its previous forecast in late May.

The rapid recovery has brought global gross domestic product back to pre-COVID levels, though activity is still lagging in many developing countries where vaccination rates remain low, the OECD said.

Fuelled by recovering demand for goods and supply chain strains, inflation is expected to peak towards the end of the year at 4.5% on average in the Group of 20 major economies, before easing to 3.5% by the end of 2022.

Most central bankers and policymakers have concluded – for now – that the current spike is a fleeting reaction to the recovery rather than the prelude to a sustained period of higher inflation, though the debate is far from closed.

The OECD advised central banks to keep monetary policy loose, but at the same time offer clear guidance about how high they can tolerate the increase in inflation.

It urged governments to remain flexible with their financial support for their economies and avoid withdrawing it as long as the short-term outlook remained hazy.

Chinese growth was forecast at 8.5% this year and 5.8% in 2022, both unchanged from previous estimates.