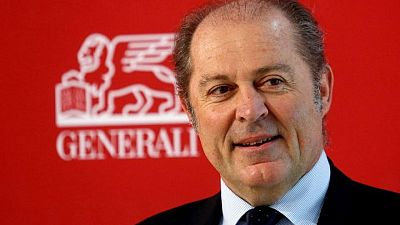 By Gianluca Semeraro and Claudia Cristoferi

MILAN -Two Italian tycoons who are leading investors in Generali are looking for allies after joining forces in a bid to have a say over the choice of the insurer’s next chief executive, a document showed on Friday.

Construction magnate Francesco Gaetano Caltagirone and eyewear billionaire Leonardo Del Vecchio on Saturday unveiled a shareholder pact to consult over decisions concerning Generali ahead of a general meeting in early 2022 to name a new board.

Following a request by market regulator Consob to disclose additional information about the agreement, Generali on Friday said the pact clinched by Del Vecchio, 86, and Caltagirone, 78, was open to other investors.

Del Vecchio and Caltagirone have no plans to effectively control the insurer through their combined 11.1% stake, so as to avoid triggering a mandatory buyout offer, the document said.

Generali CEO Philippe Donnet has come under pressure from Caltagirone and Del Vecchio, who consider his merger and acquisitions strategy insufficiently ambitious, sources have previously said.

Donnet has the backing of Mediobanca, Italy’s top investment bank and the main Generali investor with a 13% stake.

In a move that could potentially give them more clout over Generali, both Del Vecchio and Caltagirone have built stakes in Mediobanca.

Highlighting a fracture within the board, Generali on Monday said a majority of its directors was in favour of Donnet’s reappointment.

Without a compromise, Del Vecchio and Caltagirone are ready to back an alternative CEO candidate, sources have said.

But they need to recruit allies to counter the influence of Mediobanca, which on Monday could count on the support of eight out of 12 non-executive Generali board members at the meeting.

Among the eight was Lorenzo Pelliccioli, who represents Italy’s De Agostini group, a 1.5% investor in Generali, according to people close to the matter.

Italy’s Benetton family, which owns 4% of Generali but has no representatives on its board, has yet to take sides and could decide in the coming weeks following Fondazione CRT‘s decision, the people said. The Benettons had no comment.

Del Vecchio and Caltagirone will have to contend also with institutional investors, which own around 40% of Generali, Europe’s third-largest insurer.