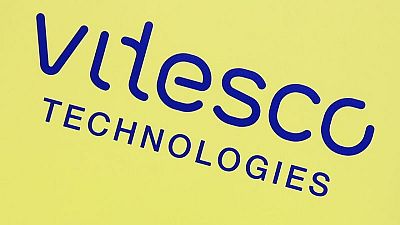 By Victoria Waldersee and Arno Schuetze

BERLIN -Shares in Vitesco Technologies closed lower on Thursday after a volatile market debut, with the German car parts maker poised to fend for itself in the electric vehicle transition after spinning off from Continental.

The spin-off wiped 3.73 billion euros ($4.38 billion) off Continental’s market value, which settled at just under 19 billion euros at market close.

Vitesco, which produces powertrains for international combustion engine (ICE) cars and increasingly hybrid and electric vehicles (EVs), ended the day with a value of 2.36 billion euros.

Continental, among the world’s largest auto suppliers producing everything from tyres to assisted driver systems, delayed the spin-off of Vitesco by two years due to unfavourable market conditions worsened by the coronavirus pandemic.

“We were confronted by developments that no one had foreseen,” Vitesco CEO Andreas Wolf said at the Frankfurt stock exchange, adding “the corona crisis fully confirmed our strategy … e-mobility is booming.”

The listing comes as automotive suppliers are struggling to reorient their production lines to stay relevant amid the EV transition, with EVs requiring not only fewer parts but new technologies such as batteries and software – not traditionally the expertise of Germany’s auto industry.

Vitesco currently earns the vast majority of its revenue from parts for ICE cars, but Wolf told Reuters this month he hopes to break even on sales for EV components by 2024 and reap three quarters of revenues from EV parts by 2030.

In 2020, Vitesco’s sales fell 12% to 8 billion euros as the pandemic combined with a global chip shortage and rising raw material costs stymied sales across the auto industry.