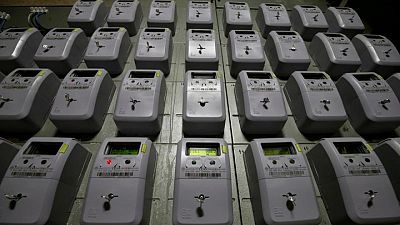 LONDON – Households across Europe face much higher winter energy bills due to a global surge in wholesale power and gas prices and consumer groups have warned the most vulnerable in the region could be hit by fuel poverty as a result.

Energy companies pay a wholesale price to buy gas and electricity, which they then sell to consumers. As in any market, this can go up or down, driven by supply and demand.

Prices typically rise in response to more demand for heating and people turning lights on earlier in winter, while those in the summer period are usually lower.

Benchmark European gas prices at the Dutch TTF hub have risen by more than 250% since January, while benchmark German and French power contracts have both doubled.

Europe’s winter heating season typically begins in October and wholesale prices are not forecast to fall significantly during the remainder of this year.

Norway’s Equinor expects the drivers of current high gas prices to remain during autumn and winter, its chief financial officer Ulrica Fearn said, adding that Europe’s second largest gas supplier after Russia’s Gazprom would ramp up gas production where it could to meet demand.

A rapid start-up of the Nord Stream 2 pipeline from Russia to Germany could help to balance high gas prices in Europe, a Russian Kremlin spokesman said.

Gazprom has finished construction, but will not start pumping gas to Europe until approval from a German regulator and commercial deliveries are not expected in the short term.

Many energy suppliers announced hikes to retail tariffs in recent months, passing a higher wholesale cost on to consumers.

Wholesale costs can make up a large chunk of a bill. In Britain, for example, on a dual fuel bill (electricity and gas), the wholesale cost can account for 40% of the total.

Suppliers can buy energy in the wholesale market on the day of delivery, a day ahead and up to months or seasons in advance.

They have to try and predict when the price will be cheaper and buy the right amount to cover their customer needs.

If suppliers do not buy enough energy, they might have to buy more at a price which could be higher, depending on market movements. This year, prices have kept on climbing all summer.

Some governments have announced measures to try and ease the winter burden on households.

Spain’s cabinet passed emergency measures on Tuesday to reduce energy bills by redirecting billions of euros in extraordinary profits from energy companies to consumers and capping increases in gas prices.

The government expects to channel some 2.6 billion euros from companies to consumers in the next six months.

Greece will offer subsidies to the majority of its households by the end of the year to make energy costs more affordable, a government official said on Tuesday.

Italy is looking to review the way electricity bills are calculated in an effort to curb prices, two sources said on Tuesday, with retail power prices set to rise by 40% in the next quarter.

In Germany, energy prices are being debated in the run-up to the Sept. 26 election. Britain introduced a price cap on the most widely used energy tariffs in 2019 aimed at ending what former Prime Minister Theresa May called “rip-off” pricing.

However, Britain’s energy regulator Ofgem has raised the cap on the most widely used tariffs by 12-13% from October, after raising it in April due to high wholesale costs.

Ofgem says without this cap rise, companies would be unable to continue to supply energy to their customers and fulfil their wider obligations.

In countries with many energy suppliers, consumers are encouraged to switch providers or to a cheaper tariff.

Britain has around 50 suppliers due to a de-regulated market, but smaller ones have less capital to hedge their wholesale power purchases against soaring prices and some have gone bust in recent months.

Regulators such as Ofgem urge consumers to contact their energy provider if they are struggling to pay their bills to explain when and how much can be paid.

Reducing energy usage is much easier in the summer months.