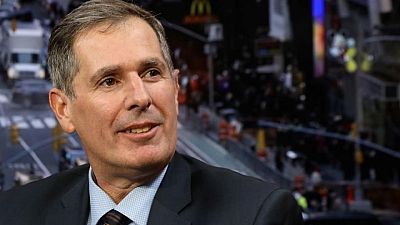 -Michael Friedenberg, president of Reuters, on Monday said he will leave the company in December.

In a company memo Thomson Reuters Corp, the parent company of Reuters, said a search will begin shortly for a new Reuters president.

Friedenberg’s departure caps a three-year run that included the appointment of Alessandra Galloni, the first woman editor-in-chief at the 170-year-old news organization, the relaunch of Reuters.com and the improvement in revenue and profit at the news business this year.

It also marked the entrance of the news agency into the events business amid a global pandemic. Friedenberg’s effort to launch a subscription paywall for Reuters.com in June hit a setback when Refinitiv, the largest single Reuters customer, opposed the move https://www.reuters.com/business/media-telecom/reuters-postpones-website-paywall-amid-refinitiv-dispute-2021-05-27.

“Reuters is in an historically strong position, both editorially and commercially,” Friedenberg, 54, wrote to his staff. “As we look ahead, the time is right to pass on the baton – and allow a smooth transition – with Reuters firmly on the front foot.”

Steve Hasker, who became CEO of Thomson Reuters in March 2020, has said he wants to position it as a content-driven technology group. The company did not say why Friedenberg was leaving but said the news division was a core part of Thomson Reuters.

Asked whether the company was for sale, a spokesperson said: “Reuters is not for sale.

“It remains an important part of Thomson Reuters and one that is valued across our business and client base. Reuters plays a central part in our overarching strategic vision to be the leading content driven technology company, powering the world’s most informed professionals.”

Reuters.com postponed the launch of its paywall following a dispute with financial data provider Refinitiv over whether the move would breach a news supply agreement between the two companies.

The London Stock Exchange Group, the parent of Refinitiv, has said discussions with Reuters are ongoing. The group was not immediately reachable for comment on Monday.

The Thomson Reuters spokesperson said: “Our partnership with LSEG and Refinitiv is strong, and discussions are still ongoing about our business approach and products, and how we can enhance our offer to all customers.”

In a prepared statement Hasker said: “Reuters is delivering world-class independent, unbiased global journalism today and its next president will build on the work that Michael and his team have done.”

“We thank him for his leadership during an intense period in global affairs and express our collective appreciation to all our Reuters colleagues for their tireless efforts to inform the world.”