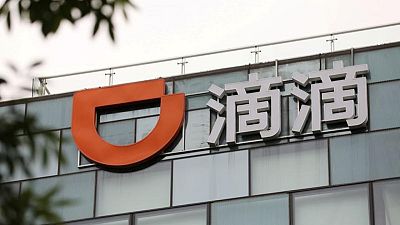 SHANGHAI -Chinese government officials, in the latest show of regulatory vigour, told leading delivery and ride-hailing companies on Friday to improve how they distributed incomes and ensure rest periods for workers.

The officials delivered that message during a meeting with ten companies, including Meituan, Didi Global, Alibaba Group’s Ele.me and Tencent Holdings, according to a statement posted http://www.mohrss.gov.cn/SYrlzyhshbzb/dongtaixinwen/buneiyaowen/rsxw/202109/t20210910_422831.html by the Ministry of Human Resources and Social Security.

The meeting was a follow-up to guidelines drafted by regulators for food delivery platforms to guarantee their workers income above minimum pay levels. State media has criticised Didi for not paying drivers fairly.

Regulators in China have come down hard on its biggest technology firms this year, criticising them for policies that exploit workers and infringe on consumer rights, as part of a campaign to exert more control over large swathes of the economy after years of runaway growth.

Other industries such as gaming and entertainment have also been targeted.

On Wednesday, China summoned gaming firms including Tencent and NetEase to a meeting where they were told to enforce new industry rules and shift focus away from revenue and traffic growth.

Last week, China ordered broadcasters on Thursday to shun artists with “incorrect political positions” and “effeminate” styles, and said a patriotic atmosphere needed to be cultivated, widening a crackdown on its booming entertainment industry.