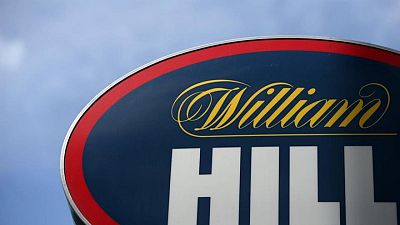 -888 will buy William Hill’s business outside the United States from casino group Caesars for 2.2 billion pounds ($3 billion), making a foray on to Britain’s high streets with 1,400 betting shops.

888 has until now been a pure online player, whereas William Hill’s shops have long been a feature of British streets.

888 CEO Itai Pazner played down speculation that the company might seek to offload the retail stores to maintain its online focus.

“Our plans are absolutely to keep the shops. The shops are run well, they are profitable, they went through a big transformation in the last couple of years,” Pazner told Reuters on Thursday.

Caesars’ 2.9 billion pound takeover of William Hill in April was part of a wider consolidation, which saw several U.S. companies snap up London-listed groups to gain expertise as the United States opens up to sports betting.

Caesars had signalled it did not want to hold on to other parts of the group.

“We have found an owner for the William Hill business outside the U.S. which shares the same objectives, approaches and longer-term ambitions of that business,” Caesars CEO Tom Reeg said.

Pazner said the deal, classed as a reverse takeover under UK’s listing rules because of the relative sizes of the businesses, would allow 888 to be more competitive and take market share in many of the core markets it operates in.

Besides the UK, William Hill, founded in 1934, also has operations in Spain, Italy and the Nordics.

888, known for its online gaming, casino and poker, expects cost savings of at least 100 million pounds per year from the deal, which has the support of its largest shareholder, the Dalia Shaked Trust. The trust owns 23% of 888.

888 hopes to tap investors for 500 million pounds through a share sale “at an appropriate time”, which weighed on its stock price in early trading.

The Times reported earlier this week that 888 had outbid Apollo for the William Hill assets.