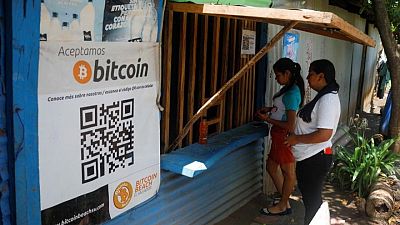 EL ZONTE, El Salvador – In the El Salvadoran beach town of El Zonte, a surfing hotspot known as “Bitcoin Beach,” tourists and some residents heralded the president’s decision to make the Central American nation the first in the world to adopt https://www.reuters.com/business/finance/el-salvador-leads-world-into-cryptocurrency-bitcoin-legal-tender-2021-09-07 the cryptocurrency as legal tender.

Many businesses in the popular vacation site adopted bitcoin three years ago, after an anonymous donation of the digital currency kickstarted the Bitcoin Beach project.

Nowadays, everyone from Canadian tourists to local construction workers conduct transactions or receive salaries in bitcoin, a dynamic that President Nayib Bukele has hailed in his push to adopt the cryptocurrency nationwide.

“We are all paid in bitcoin and for us it’s better,” said construction worker Gilberto Valenzuela.

Canadian tourist Simon, who declined to give his last name, agreed.

“I pay almost everything here in bitcoin,” he said. “So it is actually very, very easy.”

Beyond the tourism-dependent economy of El Zonte, proponents of bitcoin’s adoption say it will help Salvadorans save hundreds of million a year on commissions for remittances, while giving access to financial services to those with no bank account.

But critics of bitcoin’s adoption say the move may fuel money laundering and financial instability, and that the poorest may struggle to access the technology needed to make bitcoin work in El Salvador, where nearly half the population has no internet and many more only have sporadic access.

Fintech Bitso, a cryptocurrency platform, said on Tuesday it will be the core service provider for Chivo, the bitcoin digital wallet launched in El Salvador.

Earlier on Tuesday, Salvadorans trying to download the Chivo digital wallet, which the government has promoted by promising $30 of bitcoin for each user, found it was unavailable on popular app stores. Then Bukele tweeted that the government had temporarily unplugged it, in order to connect more servers to deal with demand.