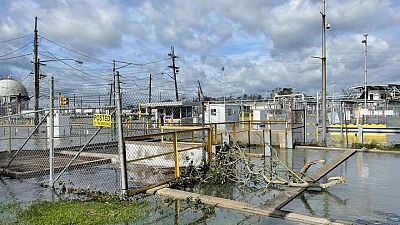 HOUSTON – U.S. Gulf Coast energy companies on Saturday got a boost from the reopening of ports and restart of oil refineries shut by Hurricane Ida, but damage to key facilities still crimped oil production.

The ninth named storm of the 2021 Atlantic hurricane season has cut more U.S. oil and gas production than any of the eight named storms to strike the U.S. Gulf Coast last year. After landfall in Louisiana last Sunday, Ida raced to the U.S. northeast, causing deadly flooding.

Shell’s work on a replacement heliport needed to ferry offshore continues, Shell said. Damage to its original facility prevented a return of offshore workers to platforms.

Several Louisiana heliports were damaged or without power and access to fuel, slowing crew returns at several major oil producers.

Shell’s 230,611 barrel-per-day (bpd) Norco, Louisiana, oil processing plant also remained knocked out by the storm. The refinery sustained damage and assessments continue on its status and at a Geismar, Louisiana, chemical plant, the company said.

Nine refineries were knocked offline by Ida’s winds and utility power losses. Five, including those owned by Exxon, Placid and Marathon Petroleum Corp, could be back online by within two weeks, estimated Robert Campbell, head of oil products research at consultancy Energy Aspects.

About 21% of offshore platforms remained unoccupied, and 93% of oil production and 86% of natural gas output were offline, government data released on Saturday showed. Some wells in the Gulf of Mexico, which accounts for about a fifth of U.S. output, could be shut for weeks, analysts said.

The lower Mississippi River and New Orleans ports were reopened to traffic and cargo operations, the Coast Guard said, allowing the resumption of grain, metal and energy shipments.

“It was imperative for the economy of the region and entire United States that the river be reopened in a timely manner,” said Brett Bourgeois, executive director of maritime trade group New Orleans Board of Trade.

Over 5,000 deep drafts vessels bring cargo in and out of the five major ports, he said.

The Louisiana Offshore Oil Port (LOOP), near to where Ida made landfall with 150 mile per hour (240 kph) winds, was continuing repairs and assessments of its facilities, it said on Saturday.

The LOOP is the only U.S. deepwater oil port, with an offloading platform that can receive more the 1 million barrels a day of crude. Its marine terminal sits 18 miles south of Grand Isle, Louisiana.

Utility Entergy Corp said on Saturday most of Baton Rouge should have power restored by Tuesday, followed by most of New Orleans by Wednesday. However, areas between the two could be without electricity through month’s end. More than 700,000 Louisiana homes and businesses remain without power, according to PowerOutage.com.

U.S. weather forecasters were warning about a new tropical disturbance, expected to move north across the Gulf of Mexico next week that could bring more rains to Louisiana.

The U.S. National Hurricane Center gave the disturbance at least a 30% chance of becoming a tropical depression. If it becomes a tropical storm, with winds of at least 39 miles per hour (63 kph), it will be named Mindy.