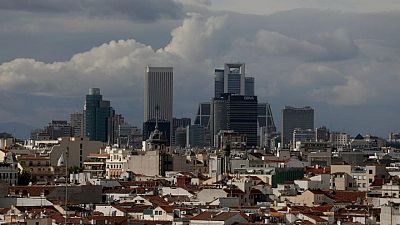 LONDON – Investors in Europe’s seven biggest markets increased their opposition to executive pay and the re-election of some directors in the most recent season for annual general meetings, consultancy Georgeson said in a report https://www.georgeson.com/uk/insights/2021-agm-season-review.

Across the UK, the Netherlands, Germany, Spain, France, Switzerland and Italy, contested director elections – classed as any vote receiving ‘significant’ dissent of more than 10% of votes cast – increased 37% year-on-year, it said.

After a tough year marked by the economic damage caused by the global pandemic and associated lock-downs, executive pay faced greater scrutiny, with an 18% increase in the number of contested votes.

Spain saw the highest proportion of contested pay resolutions, at 60.6% of those for firms in the country’s blue-chip IBEX 35 index, up a third from the prior year. The lowest level of dissent was in the UK, the region’s biggest stock market.

France and Switzerland saw the highest levels of rebellion against the re-election of directors, up 77.3% and 142% respectively, the report said.

Nearly a quarter of all resolutions aimed at issuing new shares were also contested.

“The increased opposition to votes on remuneration, director elections and share issuance is a warning for companies to focus on their shareholder engagement and education, particularly during the off-season,” said Domenic Brancati, chief executive for UK and Europe at Georgeson.