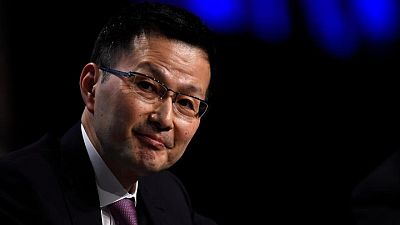 TOKYO -The Bank of Japan must avoid reducing stimulus prematurely and instead stand ready to ramp up monetary support if the economy worsens, deputy governor Masazumi Wakatabe said, warning of heightening uncertainty caused by the coronavirus pandemic.

But he added the timing of the recovery would be delayed, as a spike in Delta variant cases threatens his earlier forecast that steady vaccinations will prop up growth.

“If risks materialise and lead to a severe economic downturn, we would of course need to consider how to respond with monetary policy,” Wakatabe told a briefing on Wednesday.

“What tools to deploy will depend on economic conditions at the time. We must and will have the means ready to act.”

Japan’s economy emerged from last year’s pandemic-induced slump helped by robust global demand. But a resurgence in infections and supply chain disruptions have dashed hopes among policymakers for a strong rebound in July-September growth.

Wakatabe said the BOJ must avoid reducing stimulus even if rising raw material costs push up inflation or the U.S. Federal Reserve shifts to a tightening cycle.

Unless accompanied by strong domestic demand, cost-push inflation alone will not generate a sustained pick-up in prices toward the central bank’s 2% target, he said.

Japan’s core consumer prices in July fell 0.2% from a year earlier, narrowing their pace of declines for three straight months but staying well below levels seen in the United States and Europe.

Wakatabe is among members of the BOJ‘s board who place more emphasis on hitting the bank’s 2% inflation target, while others are more keen to address the side-effects of prolonged easing.

“It’s hard to set a date” on when the BOJ can shift its focus back to policies aimed at hitting 2% inflation, he said.