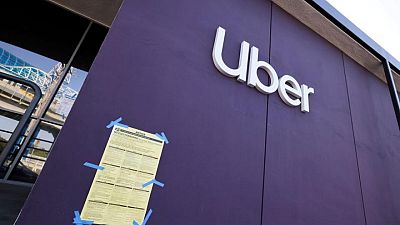 By Anna Rzhevkina and Gleb Stolyarov

MOSCOW -Russian internet giant Yandex said on Tuesday it would buy Uber’s stakes in their joint foodtech, delivery and self-driving businesses, and increase its stake in their ride-hailing joint venture as part of a $1 billion deal.

The restructuring of the MLU ride-hailing and car sharing joint venture, which includes Yandex.Taxi, will see Yandex own 71% while Uber’s stake falls to 29% from 33.5%, Yandex said, adding it had taken out a $2 billion call option to buy out the rest if it chooses to do so.

In July, Yandex increased its e-commerce investment plan this year to $650 million, from $400-500 million, after reporting strong second-quarter results and upgrading its 2021 revenue forecast and as surging interest in online services continued after being boosted during the coronavirus pandemic. The company forecasts e-commerce GMV to jump threefold this year.

Under the agreement with Uber, Yandex will take over Uber’s 33.5% indirect interest in Yandex.Eats, Yandex.Lavka and Yandex.Delivery as well as its 18.2% interest in Yandex Self-Driving Group (SDG), giving Yandex 100% ownership in all businesses.

The restructuring, which Yandex said had already been approved by the boards of directors of Yandex and Uber, will be implemented in two stages, and completed by the end of the year. The deal will be financed from the company’s own funds, Yandex spokesperson Asya Panoyan told Reuters.

The consolidation will allow assets to “interact more closely with Yandex.Market and strengthen each other,” Panoyan said.

Yandex had $2.9 billion in cash and deposits at the end of the second quarter, according to BCS analyst Maria Sukhanova. “It might though need some extra funding if and when it decides to exercise the option for Uber’s stake in MLU BV,” she said in a note.

Yandex said it will also extend its licence for the exclusive rights to use the Uber brand in Russia and several other countries until August 2030, assuming the exercise of the option.

Uber and Russia’s Yandex combined their ride-sharing businesses in Russia and neighbouring countries in 2018. Yandex said in June last year that it was interested in taking full control of Yandex.Taxi ride-hailing service and was talking to Uber about potentially increasing its majority stake.