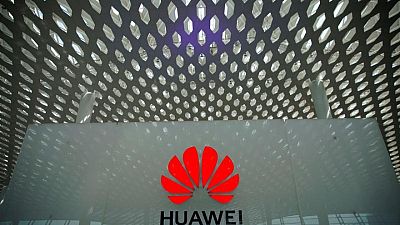 – The Biden administration, which was criticized this week for approving licenses for auto chips for Huawei, said it has not changed the policy on restricting sales of goods and technology to the Chinese company that was put in place during the Trump presidency.

“The policy has not been eased or amended,” a Commerce Department spokesperson said.

The comments came in response to demands https://www.reuters.com/technology/us-senator-rubio-demands-answers-huaweis-auto-chip-approvals-2021-08-26 from Sen. Marco Rubio that U.S. officials explain why they approved hundreds of millions of dollars worth of auto chip sales to the company, as reported by Reuters https://www.reuters.com/business/autos-transportation/exclusive-us-approves-licenses-huawei-buy-auto-chips-sources-2021-08-25 this week.

Rubio called the move “yet another example of President Biden’s failure to protect America’s economic and national security.”

Huawei was placed on a U.S. trade blacklist in 2019, after the Trump administration said it was operating contrary to national security and foreign policy interests.

The so-called “entity list” restricts suppliers from selling U.S. goods and technology to the world’s largest telecommunications equipment maker. The Commerce Department is prohibited from disclosing license approvals or denials, the spokesperson has said.

But some sales were allowed and others denied as the United States intensified its crackdown on the company and expanded U.S. authority to require licenses for sales of semiconductors made abroad with American technology.

An August 2020 rule said that licenses for products with 5G capabilities were likely to be rejected, but sales of less sophisticated technology would be decided on a case-by-case basis.

During the Trump administration, $87 billion worth of licenses for Huawei were approved after its blacklisting, but $119 billion were denied as the presidency wound down in January, according to a Commerce Department document seen by Reuters.

“The Biden Administration has not changed the regulatory restrictions on Huawei and its affiliates on the Entity List imposed in 2019 or 2020 or the policy for implementing those restrictions developed during the Trump administration,” the Commerce Department spokesperson said.

Other congressional China hawks also have criticized the auto chip approvals, with Mike Rogers, lead Republican on the Armed Services committee, urging that the licenses be revoked.