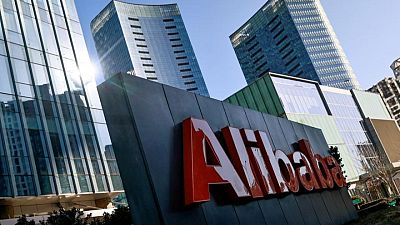 BEIJING – The Chinese city of Tianjin has asked municipally controlled companies to migrate their data from private sector operators like Alibaba Group and Tencent Holdings to a state-backed cloud system by next year, according to a document seen by Reuters.

The push by Tianjin, a city of roughly 14 million people south of Beijing which has provincial-level status, comes as China tightens controls on how companies store and manage the vast troves of data they collect.

The Tianjin State-owned Assets Supervision and Administration Commission (SASAC), which oversees local government-backed companies, said in the document dated Aug. 12 it was following instructions given by China’s cabinet, the State Council.

It was not immediately clear whether other provinces were adopting similar measures.

Companies hosting their data on third-party managed cloud platforms such as those by Huawei Technologies, Alibaba and Tencent will need to move to a government-run cloud it called “guoziyun”, that translates as “state asset cloud”, within two months of the contract’s expiration, the document said.

The Tianjin SASAC, Huawei, Alibaba and Tencent did not immediately respond to requests for comment.

All data should be moved by Sept. 30, 2022, the document said, adding that “guoziyun” was being set up and that preparatory work would be completed by the end of August.

“As of today, all companies should not sign new contracts with third-party cloud platforms, or continue cloud resource rental agreements,” the document said.