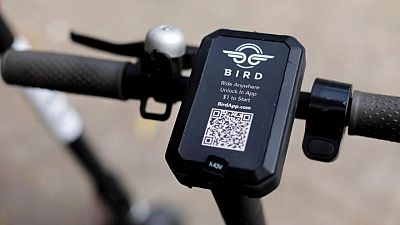 These are the last quarterly results the Los Angeles-based e-mobility provider will release before it goes public via a merger with blank-check company Switchback II Corp in a deal that would value Bird at $2.3 billion.

That deal should close before the end of the third quarter.

Founded in 2017, Bird has expanded rapidly to operate in more than 300 cities worldwide. Of those, around 50 have been added since June.

During the second quarter, the company said it would start renting electric bikes this year in some cities in North America and Europe.

Bird reported a second-quarter loss of $43 million, versus $50 million in the same period in 2020.

Second-quarter revenue jumped to $60 million from $10.4 million during the same period in 2020 when lockdowns virtually shut down the e-mobility industry.

Bird’s Chief Financial Officer Yibo Ling said in a statement that margins on e-scooter rides have risen this year “despite continued COVID headwinds and varying seasonal conditions, and we expect to see continued margin improvement as global demand returns to pre-pandemic levels.”

The startup also on Thursday said it would begin selling an e-bike that has been designed in-house. The Bird Bike will go on sale in the United States and Europe with a recommended retail price of $2,299.