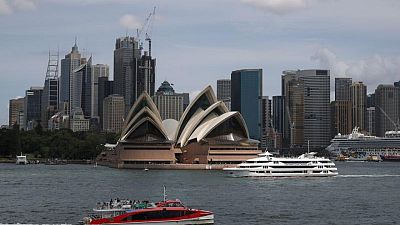 BENGALURU – Red-hot Australian house prices will heat up even more this year and next thanks to super-low borrowing costs and a lack of available homes, making affordability even worse, a Reuters poll found.

Since the coronavirus pandemic began, the Reserve Bank of Australia has slashed its interest rate to a record low and flooded the financial system with cash, a potent stimulus for one of the world’s most expensive housing markets.

House prices have nearly doubled nationwide and more than doubled in Sydney and Melbourne, the country’s two biggest cities, since the global financial crisis of 2007-09 but wages have lagged far behind.

As in other major housing markets, that accelerating trend has created a divide between those with substantial savings who are already sitting on piles of home equity and those who are struggling to get on the property ladder.

“A very low interest rate and other forms of monetary policy support have certainly driven down mortgage rates since the start of the pandemic. That has made housing more affordable for some buyers who are certainly taking advantage of it,” said Sarah Hunter, chief Australia economist for BIS Oxford Economics.

With the RBA saying interest rates were unlikely to rise from near zero until 2024, home prices were forecast to surge 17.0% this year and 6.2% next, according to the Aug. 11-18 Reuters poll of 12 property market analysts.

Those median forecasts were significant upgrades from 10.5% and 5.0% in a May survey, despite virtually no immigration this year – a linchpin of the economy.

There are plenty of reasons why prices will keep climbing and outstrip general inflation, even if transactions are relatively low, and only two analysts surveyed had a forecast for a decline in prices, both for 2023.

“Households have built up significant excess savings, and the shift in preferences towards detached houses has continued. Coupled with this, the supply of properties to the market remains relatively low, resulting in demand outstripping supply,” Hunter said.

That has made affordability an increasing problem for a majority of first-time homebuyers as prices have climbed beyond their reach.

Seven of eight analysts who answered a question about affordability over the next two to three years said it would worsen. Only one said it would improve.

“If house prices continue to go up, it will be harder for people who haven’t got a home and obviously benefit those who have,” said Peter Munckton, chief economist at Bank of Queensland.

“How do we make sure there is (affordable) housing? We haven’t solved the supply side problem yet and one of the issues that has been the case in Australia for a long time now is we have probably underinvested in infrastructure.”

House prices in Sydney and Melbourne – cities which contribute about 43% to the country’s gross domestic product – were forecast to rise 20.3% and 15.5% this year, respectively.

Those Brisbane and Adelaide forecasts were big upgrades from the previous poll although prices were due to rise about half those rates next year.

The spread of new coronavirus variants and high unemployment remain the biggest downside risks to the housing market, analysts said.

But asked about the risk the recent round of lockdowns would slow Australian house prices, six of the nine analysts who replied said it was low. Only three said high.