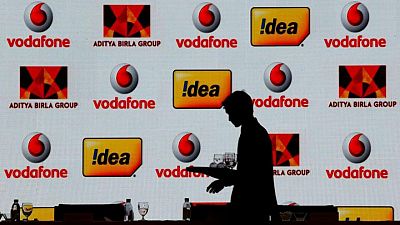 MUMBAI – Indian telecom operator Vodafone Idea Ltd on Saturday reported its lowest quarterly revenue in more than two years and a wider than expected loss, as it continued to lose subscribers to rivals due to intensifying competition.

The company, a joint venture between Vodafone Group and India’s Idea Cellular, said in a statement its revenue had declined on account of a slowdown in economic activity due to COVID-19 restrictions.

The quarterly loss 73.19 billion compares with an average forecast of a 65.01 billion rupee loss, according to Refinitiv data.

The results come after the company’s billionaire non-executive chairman, Kumar Mangalam Birla, stepped down last week, fuelling concerns that the Indian wireless carrier may not survive a hefty bill it owes to the government.

Vodafone Idea owes roughly 500 billion rupees ($6.7 billion) over the next 10 years for the use of the airwaves and in licence fees. The company has filed a review petition with India’s Supreme Court after it refused to allowed any recalculation of those dues.

In its statement, the company said it “is currently in active discussion with potential investors” for fund raising.

The company’s financials have been hit by a price war since 2016 when Reliance Industries launched its telecoms venture Jio Infocomm with free voice and cut-price data.

Vodafone Idea’s stock has plummeted more than 40% so far this year.