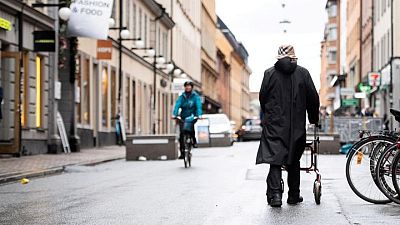 STOCKHOLM – Headline inflation in Sweden ticked up marginally in July, data published on Friday showed, though price pressure is unlikely to affect central bank policy when rate-setters return from their summer recess.

Consumer prices in Sweden, measured with a fixed interest rate, rose 0.3 percent in July from the previous month and were up 1.7 percent from the same month last year, the statistics office (SCB) said on Friday.

Higher electricity prices had the biggest impact on inflation. Stripping out energy prices, inflation was 0.5%.

Central banks are, by and large, confident that the current uptick in inflation is temporary as economies recover from the pandemic.

But there is a risk that inflation will be higher for longer than many had expected, raising the question of when policymakers should react.

With Sweden’s economy already back to pre-pandemic levels, the Riksbank has called time on its bond purchases, which are due to stop at the end of the year.

Rate hikes, however, look to be years off http://tmsnrt.rs/1qEN4Rz, though some policymakers are eyeing possible tightening toward the end of the current forecast horizon, which stretches to the third quarter of 2024.

Sweden’s leading think tank, the National Institute for Economic Research, said this week that there was an outside chance a hike could be brought forward if inflationary pressures persisted.