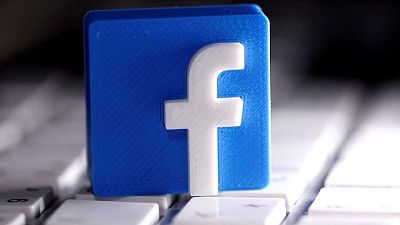 WASHINGTON -Facebook Inc and Amazon.com Inc have asked the U.S. government for approval to operate a new undersea data cable between the Philippines and California after China Mobile agreed to exit the plan, a government agency said on Friday.

The two companies told the Federal Communications Commission (FCC) they intend to start commercial operation by late 2022 and said the new data connection will provide significant new capacity on routes where capacity demand continues to increase substantially each year.

The companies in a joint filing said the new cable will help to support Facebook applications and provide Amazon and its affiliates with capacity to support Amazon’s cloud services and connect its data centers.

A Facebook spokeswoman said the project parties agreed “the best path forward to complete the construction and bring the… cable system into operation was to restructure the system ownership, allowing the parties to deliver on the goal of bringing connectivity to more people and regions.”

Amazon and China Mobile did not immediately respond to requests for comment.

The United States has repeatedly expressed concerns about China’s role in handling network traffic and potential for espionage. Around 300 subsea cables form the backbone of the internet, carrying 99% of the world’s data traffic.

In September 2020, Facebook, Amazon and China Mobile withdrew their application to connect San Francisco and Hong Kong as part of the Bay to Bay Express Cable System. In March, Facebook withdrew a separate FCC application for a Hong Kong to California cable.

Google agreed to operate a portion of this 8,000-mile (12,875-km) Pacific Light Cable Network System between the United States and Taiwan, but not to Hong Kong. Google and Facebook helped to pay for construction of the completed link but U.S. regulators have blocked its use.

The companies in August 2020 abandoned the proposal to use the Hong Kong portion.

In May 2019, the FCC voted unanimously to deny China Mobile the right to provide services in the United States, citing risks that the Chinese government could use the approval to conduct espionage against the U.S. government.