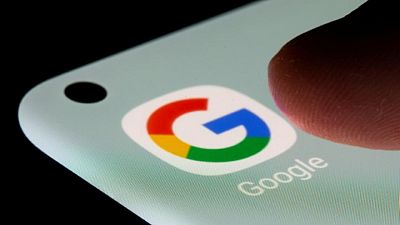 WASHINGTON -A bipartisan trio of senators introduced a bill that would rein in app stores of companies they said exert too much market control, including Apple Inc and Alphabet Inc’s Google.

Democratic Senators Richard Blumenthal and Amy Klobuchar teamed up with Republican Senator Marsha Blackburn to sponsor the bill, which would bar big app stores from requiring app providers to use their payment system. It would also prohibit them from punishing apps that offer different prices or conditions through another app store or payment system.

“I found this predatory abuse of Apple and Google so deeply offensive on so many levels,” Blumenthal said in an interview Wednesday. “Their power has reached a point where they are impacting the whole economy in stifling and strangling innovation.”

Blumenthal said he expected companion legislation in the House of Representatives “very soon.”

The stakes are high for Apple, whose App Store anchors its $53.8 billion services business as the smartphone market has matured.

Apple said its app store was “an unprecedented engine of economic growth and innovation, one that now supports more than 2.1 million jobs across all 50 states.”

A similar law revision has been introduced in South Korea. Google said last year it would enforce certain in-app payment methods there and receive 30% commission fees from non-game digital content.

Apple’s control over apps on its Store, and 15% to 30% commissions on digital sales have come under regulatory scrutiny. A federal judge is reviewing testimony to rule on an antitrust lawsuit by “Fortnite” creator Epic Games.