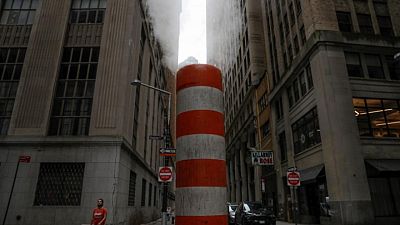 – A shareholder advocacy group that has successfully pushed for changes at U.S. conglomerates such as General Electric Co and American Express Co said on Wednesday it would rate companies based on their involvement in “environmental racism,” and pressure them for change.

The nonprofit, As You Sow, collected and analyzed data from S&P 500 companies showing what it says is the environmental impact of operations on communities of color. It said it scrutinized their products, environmental violations and fines and corporate actions.

The group will initiate conversations with companies that are the worst culprits on the list and file shareholder proposals at their annual meetings next year, Olivia Knight, the group’s racial justice initiative manager, said in an interview.

As an example, As You Sow cited Eastman Chemical Co, which received a poor score from As You Sow because its subsidiary owns a plant in Louisiana where there is an elevated cancer risk for residents, who are largely Black and have a per-capita annual income of $15,000, about half the national average.

Eastman Chemical did not immediately return a request for comment.

In a statement published on Wednesday, As You Sow also named car parts retailer O’Reilly Automotive Inc and steel products manufacturer Nucor Corp among the worst offenders on environmental racism in the S&P 500.

O’Reilly Automotive was given a low rating for having paid more than $5 million in environmental fines since 2015. The company disposed of hazardous waste at unsuitable landfills in California, according to As You Sow.

Nucor was among the worst offenders because of its adverse effects to communities of color, according to As You Sow. In 2018 the company paid $22.5 million to settle a racial discrimination lawsuit that claimed Nucor subjected Black workers to a hostile work environment, and it has also faced air and water quality violations.

Nucor and O’Reilly Automotive did not immediately return requests for comment.

As You Sow won 98% support from General Electric shareholders this year on a proposal calling for the company to issue a report on how it would reach net-zero greenhouse gas emissions by 2050.

A majority of American Express shareholders also backed As You Sow on its proposal to publish an annual report assessing the company’s diversity and inclusion efforts.