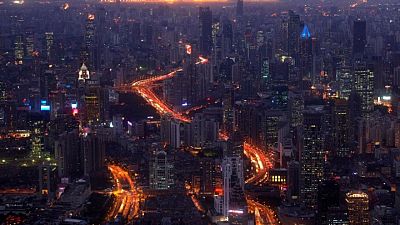 By Samuel Shen and Kane Wu

SHANGHAI – Beijing’s regulatory firestorm is hitting large swathes of China’s economy, but global investors including Blackstone and Warburg Pincus are ramping up bets on Chinese rental properties, judging the political wind is blowing in their favour.

China has cracked down on private tutoring, brought monopolistic tech giants to their knees, and stepped up curbs on home buying. But Beijing is wooing capital to help provide rental housing and is attracting plenty of institutional interest.

In China, “people need to be housed, but houses have become too expensive to buy. You need to have housing for rent,” said Graeme Torre, managing director of APG Asset Management, which has entered China’s rental housing market in partnership with U.S. property developer and operator Greystar.

“We like to invest with policy rather than trying to avoid it or invest against it. So I’d like to think it’s politically correct,” Torre said, estimating APG will commit around 1 billion euros ($1.17 billion) into Chinese rental housing over the next 3-5 years.

“We think long-term rental housing is the next big opportunity in China, like logistics real estate a decade ago, or data centres five years ago.”

There was little institutional interest in China’s rental property market before 2017, when President Xi Jinping told the 19th Communist Party congress China will encourage both housing purchase and renting. Beijing has stepped up calls this year to increase supply of rental housing.

Among measures China has rolled out to revamp a market dominated by retail landlords, institutional investors hail two recent incentives – a big tax break effective this October, and the launch of a market for real estate investment trusts (REITs).

The tax break – expected to boost margins by 10% for operators – and a potential exit channel through REITs are “the needle mover,” said Eric Pang, China head of Capital Markets for property consultancy JLL .

Increasing population density and mobility in big cities such as Shanghai and Beijing, draconian curbs on home buying, as well as later marriages and childbearing will boost demand for multifamily housing, Pang said.

“This is a market with big potential,” he added. “Global funds seeking returns will ramp up investment.”

“Transaction volume in China won’t climb to $10 billion overnight, but there will be significant growth in the medium term,” said Henry Chin, APAC head of research at CBRE , which recently helped Blackstone acquire a rental property in Shanghai.

Greystar, which launched a $550 million China-focused fund in 2019 in partnership with Dutch pension investor APG and other global institutional investors, said it will now step up investing in China as government support becomes tangible. It already owns a 474-room rental apartment building in downtown Shanghai as well one under development.

“It’s a bit like luxury cars. There’s an added value to the product if there is a recognised and reputable brand attached,” said Torre of APG, which is backing Greystar’s China expansion.

Opportunistic capital is piling in. Private equity and venture capital investment in the sector has surged over the past few years, according to CBRE.

Debt-fuelled expansion by some operators who adopt a light-asset model – renting flats from landlords on long-term leases and then subleting the properties to tenants – led to financial turmoil last year that crippled Danke Apartment, a major online apartment rental platform.

“It’s not the problem with the market. It’s the problem with some players’ business models,” said Charles Ma, Greater China Managing Director of Greystar, adding more investors are adopting the strategy of buying-and-holding.

“The industry shakeout is good for us. We have patience investing in this market.”