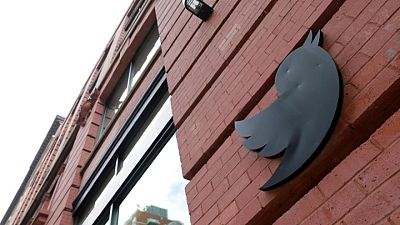 ABUJA -Nigeria will soon lift its ban on Twitter after resolving some of its differences with the social media platform, Information Minister Lai Mohammed said on Wednesday, signalling the end of a policy widely condemned as an affront to freedom of expression.

The Nigerian government suspended Twitter on June 4 after it removed a post from President Muhammadu Buhari that threatened to punish regional secessionists. Some telecoms companies subsequently blocked access to users in Nigeria.

“The ban on Twitter will soon be lifted as we are getting close to reaching full agreement,” Mohammed told reporters after a cabinet meeting. “We have agreed on some areas. Hopefully in the next few days or weeks we will conclude.”

Mohammed said one outstanding issue was Nigeria’s demand that Twitter set up an office in the country. He said Twitter had agreed to this but was saying it could not do so until 2022.

The ban on Twitter drew condemnation from the social media platform itself, from Nigerian civil society groups including some that sued the government over it, from numerous Nigerian users and from the U.S. government.

Nigeria’s attorney general initially said those who breached the Twitter ban should be prosecuted, but that was not enforced.

A West African court ruled on June 22 that the Nigerian authorities could not prosecute people for using the service while it considered a suit seeking to overturn the ban.

In practice, many Nigerian users continued to post on Twitter, but government ministries and other public bodies stopped using it.

In the post, Buhari referred to the 1967-70 civil war, during which he served in the Nigerian army as it battled southeastern secessionists. Talking about modern-day secessionists in the same region, he said he would “treat them in the language they understand”.

Relations between the Nigerian government and Twitter had been tense even before the removal of the president’s tweet.

In April, Mohammed reacted angrily when Twitter chose Ghana, a much smaller West African country, for its first office on the continent. The minister said the company had been influenced by media misrepresentations of Nigeria.