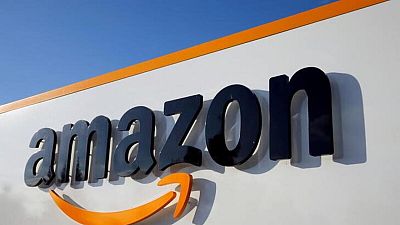 “The state has a legitimate interest in ensuring that employers are complying with state labor laws, are enforcing important health safety measures, and are sanctioned for illegal conduct that occurs within the state,” Cogan wrote.

Amazon spokesperson Kelly Nantel said in a statement: “We’re disappointed with today’s procedural ruling, which the court made clear does not mean the Attorney General’s underlying claims have merit.”

Amazon cared deeply about the health and safety of its employees, and was proud of its response to the pandemic, she added.

Morgan Rubin, a spokeswoman for James, said in an email: “We applaud this decision and look forward to continuing our litigation against Amazon in state court and protecting our workers.”

James sued Amazon in February over its treatment of thousands of workers at a Staten Island fulfillment center and a Queens distribution center.

She has accused Amazon of prioritizing profits over safety, and improperly disciplining two employees who protested working conditions, one of whom was fired.

James is seeking a court-appointed safety monitor, while Amazon is seeking to dismiss her case, which is pending in a state court in Manhattan.