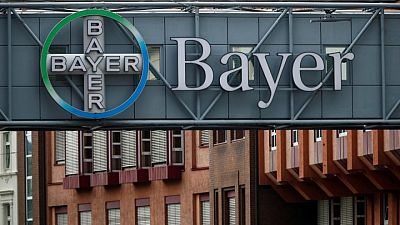 FRANKFURT – Bayer lost a third appeal against U.S. court verdicts that awarded damages to customers blaming their cancers on use of its glyphosate-based weedkillers, leaving the German drugs and pesticides group to pin hopes for legal relief on the U.S. Supreme Court.

A California appeals court late on Monday upheld an $86 million verdict that found Bayer responsible for a couple’s cancer after using Bayer’s glyphosate-based Roundup against weeds.

Bayer in February 2020 filed an appeal, saying the verdict could not be reconciled with sound science or with product clearance from the federal environment regulator.

Roundup-related lawsuits have dogged the company since it acquired the brand as part of its $63 billion purchase of Monsanto in 2018.

“We respectfully disagree with the Court’s ruling as the verdict is not supported by the evidence at trial or the law. Monsanto will consider its legal options in this case,” Bayer said in a statement.

It reaffirmed plans to file a petition with the U.S. Supreme Court this month to review a similar Roundup case that went in favour of Roundup user Edwin Hardeman.

Bayer struck a settlement deal in principle with plaintiffs last year but failed to win court approval for a separate agreement on how to handle future cases, as Bayer intended to keep the product on the market.

Last month, it announced an additional litigation provision of $4.5 billion to brace for any unfavourable ruling by the top U.S. court. That came on top of $11.6 billion it previously set aside for settlements and litigation in the matter.

Among measures to contain the legal damage, Bayer plans to replace glyphosate in weedkillers for the U.S. residential market with other active ingredients. It will continue to sell the herbicide to farmers, who rely on it heavily.

“We continue to stand strongly behind the safety of Roundup, a position supported by four decades of extensive science and the assessments of leading health regulators worldwide that support its safe use,” Bayer added in its statement on Tuesday.

An initial verdict in 2019 drew attention after a California jury awarded more than $2 billion to Roundup users Alberta and Alva Pilliod. The trial judge later reduced the damages to $86 million.

The setback for Bayer comes after a federal appeals court in May upheld a $25 million court verdict which ruled Roundup caused the non-Hodgkin’s lymphoma of California resident Edwin Hardeman.

About a year ago, Bayer failed to persuade a California appeals https://www.reuters.com/article/us-bayer-glyphosate-lawsuit-idUSKCN24M2BT court to overturn a verdict favouring school groundskeeper Dewayne Johnson who claimed Roundup use caused his cancer.