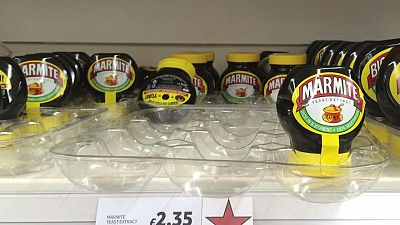 By Francesco Canepa and Mark John

FRANKFURT/LONDON – The bosses of top multinationals are fretting about rising inflation but the very people responsible for keeping price growth in check – central bankers – seem unfazed.

Even as policymakers at the U.S. Federal Reserve, European Central Bank and elsewhere diverge on how quickly to wind down massive pandemic stimulus programmes, they agree on one thing: the recent surge in inflation is not a major concern.

Yet the latest set of corporate earnings calls are replete with mentions of the word “inflation”, with the tally up 1,000% on the year for S&P 500 U.S.-listed companies and 400% in Europe for Stoxx 600 companies, according to Bank of America research.

The fact is that when CEOs and central bankers talk about inflation, they are mostly talking about different things. The following piece explains where they differ – and under what circumstances their interpretations could start to converge.

“Inflation” is the buzzword of the second-quarter earnings season as companies of all shapes and sizes grapple with price pressures stemming from pandemic-related hits to supply chains struggling to keep up with post-lockdown surges in demand.

Industrial conglomerate General Electric, bike-maker Harley-Davidson, consumer conglomerate Unilever Plc, car-maker Renault and pharma group Bayer have all been at pains to tell investors what they are doing about substantial rises in their input costs.

Among big central banks, the hot inflation issue has been most pronounced for the Federal Reserve. Its preferred measure of price pressures is well above its target at 3.5%, the highest in three decades. Headline consumer inflation hit 4.5% in June.

But while some policymakers are starting to acknowledge that price pressures are stickier than they first thought, the Fed as a whole is sticking to the line that this is transitory.

Chair Jerome Powell said last month that the factors driving prices higher now – a 45% surge for used cars from last year or a 25% bump-up for airline tickets – are unlikely to be repeated in perpetuity. “We’re anxious like everybody else to see that inflation pass through,” Powell said.

Same message at the European Central Bank. “Inflation has picked up, although this increase is expected to be mostly temporary. The outlook for inflation over the medium term remains subdued,” ECB President Christine Lagarde said on July 22.

And inflationary pressures are still nowhere to be seen as far as the Bank of Japan is concerned. It points to factors like weak household spending to predict inflation will fall short of its 2% target at least until the year ending in March 2024.

For starters, CEOs are focused on their own sector while central bankers worry about the economy at large. The difference is significant: tech firms, for example, account for nearly 30% of the capitalization of the MSCIUSA equity index but make up just 10% of U.S. GDP, the Bureau of Economic Analysis estimates.

And, contrary to popular belief, stock markets are a poor proxy for their domestic economy, particularly in Europe. Listed companies in Europe generate more than half of their sales outside their home region, compared to 30% for U.S. equities.

Moreover, central bankers are inclined to take complaints of large, listed companies about price pressures with a pinch of salt; they know that, unlike the smaller companies that make up the backbone of the economy, the bigger ones have the power to influence and hedge price developments in their supply chain.

More fundamentally, central bankers in the United States and the euro zone are wary of repeating mistakes of the past decade, where they tightened policy at the earliest signs of growing price pressures that never fully materialised in the end.

And they have even talked about the merits of “running the economy hot” https://www.ecb.europa.eu/press/inter/date/2021/html/ecb.in210729~1d0a024e76.en.html – that is, letting inflation overshoot their target for a while to give the labour market time to get back into shape.

Producer prices have been rising by 5%-10% in developed economies. But to what extent companies are willing and able to pass on higher costs to consumers is less clear.

Certainly, this is happening in the United States: firms from Procter & Gamble Co to Starbucks Corp have done so or are planning to.

Yet while two-thirds of Japanese firms are doing the same, according to a Reuters poll, a slim majority still did not expect that to increase the final price tag of their products in the second half of the year.

Similar picture in the euro zone: most industrial companies contacted by the ECB https://www.ecb.europa.eu/pub/economic-bulletin/focus/2021/html/ecb.ebbox202105_05~16d6f14d2b.en.html expected some pass-through of higher input costs but firms in the services sector saw stable prices ahead.

Graphic: Euro zone inflation: it depends who you ask https://fingfx.thomsonreuters.com/gfx/mkt/xmvjogwjjpr/Measures%20of%20euro%20zone%20inflation.png

For central bankers, the litmus test of whether price rises will be sustained is whether they start to push wages higher. Here the picture differs across the main regions.

Wages in the euro zone were up a modest 1.5% in the first quarter. Cash earnings in Japan are stuck below pre-pandemic level and recent increases in Britain and Australia are expected to fizzle out.

Even in the United States, where wages and salaries have been increasing throughout the pandemic and they were up 3.2% year-on-year in the second quarter, the Fed remains sanguine.

“I think we’re some way away from having had substantial further progress…toward the maximum employment goal,” Fed chair Jerome Powell said on July 28.

Oil prices, which briefly turned negative last year, have rebounded to push up headline inflation around the world, making the year-on-year percentage change look huge, though they have only returned to more normal levels.

Central bankers like to filter out such volatility, since it comes and goes, and focus on so-called core inflation that strips out energy and food prices. On this measure, prices rose by just 0.9% in the euro zone last month and fell by 0.2% in Japan in June.

U.S. core consumer prices, the Federal Reserve’s preferred inflation measure, have been growing by more than 3% year-over-year but even this has been blamed on supply disruptions, with containers still stuck in long queues in Asian ports.

Arguably even American consumers, whose views on inflation are typically guided by things like swings in gasoline prices, buy into this logic.

A regular University of Michigan survey shows that while they expect price increases over the next year of roughly 4.7%, that drops to just 2.8% over a five-year horizon – squarely in the range of the past two decades.

SO WHO IS RIGHT?

If the current surge in prices lasts long enough to affect wages and people’s expectations about future inflation, then chief executives will have won the day and central bankers will adjust their stances – and ultimately their policy.

For now they are betting this won’t be the case, notably in economies where the population is ageing, such as Japan, and unemployment is high, such as parts of the euro zone. Over 70% of economists polled by Reuters agree.

“Temporary inflation must not be allowed to become structural inflation,” said the ECB‘s de Guindos. “So far…, there have been no indications that this is the case, but we should remain vigilant.”