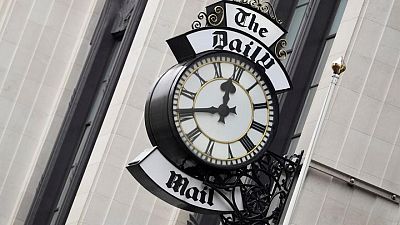 LONDON -The publisher of Britain’s Daily Mail said on Thursday it had agreed to sell its insurance risk business RMS to Moody’s Corporation for about 1.425 billion pounds ($1.99 billion) in cash.

“We have decided that now is the right time to monetise our investment in RMS at a premium valuation,” he said.

Moody’s said RMS would immediately increase its insurance data and analytics business to nearly $500 million in revenue and would accelerate the development of its global integrated risk capabilities. RMS is expected to generate revenue of about $320 million for the fiscal year ending Sept. 30, Moody’s said.

DMGT said last month it was in talks to sell RMS at the same time as it announced an 810-million-pound plan by its founding family and leading investor, the Rothermeres, to buy the group outright.

The plan was contingent on the sale of RMS, the completion of the listing of online car seller Cazoo, which DMGT partially owns, and an agreement with the company’s pensions trustees.

The RMS disposal follows the sale in recent years of Hobsons, Genscape and Zoopla, collectively realising around 1.2 billion pounds of value, and leaving a group focused on consumer media, events and exhibitions and property tech.

DMGT said it still intended to distribute the proceeds of the RMS sale, along with its cash and its stake in a listed Cazoo via a special dividend of about 610 pence.