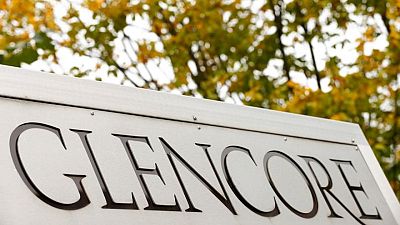 LONDON – Glencore will return $2.8 billion to shareholders in 2021 after soaring commodity prices helped the mining and trading company to a record performance for the first six months of the year, it said on Thursday.

“Following COVID-19’s severe global impacts in early 2020, the subsequent economic recovery has seen prices of most of our commodities surging to multi-year highs,” said Glencore CEO Gary Nagle, who took the helm of the company in July.

“We wouldn’t leverage the business further to pay distributions but we are happy to move towards 100% payout ratio given where the balance sheet is,” Kalmin told reporters on a call.

This was within its target range of $10-$16 billion, which the miner said it would need to reach before increasing dividends and in February, it recommended a total payout of $1.6 billion. It will now add a further $1.2 billion.

Adjusted earnings before interest, tax, depreciation and amortisation (EBITDA) rose 79% to a record $8.7 billion in the six months to June, compared with $4.8 billion a year earlier, broadly in line with analysts’ consensus.

The results surpass a previous high in 2018, when Glencore was again buoyed by a strong commodity rally.

Glencore’s trading or marketing division, which sets it apart from the other big diversified miners, cashed in on volatility in the market and recorded a EBIT of $1.8 billion in the period. The division is expected to hit the top end of its guidance of $2.2-$3.2 billion per annum.

Prone to boom and bust, the mining sector is still recovering from a period of cost-cutting that halted exploration projects and acquisitions and has raised the risk of supply shortfalls as demand increases with economic recovery.

Glencore shares shed 1.2% by 1105 GMT, but still outperformed most of its peers that tracked wider stocks lower.

Analysts at Citi said the strong results “set the stage” for a bigger buyback at the year-end and that Glencore’s commodity mix was weighted towards the metals, such as cobalt and copper, needed for the transition to electric vehicles and other low emission technology.

But investors focused on ESG (environmental, social and governance) factors have pressed for changes at mining companies.

Glencore in June bought the stakes it didn’t already own in its Colombia thermal coal mine from partners BHP plc and Anglo American, boosting its coal assets when others are looking to exit the sector. The deal should complete in the first half of 2022.

It has pledged to reach net-zero carbon emissions by 2050 as its output of fossil fuels declines over time and it says it is taking steps to reduce emissions.

Glencore said legal costs, including its own investigations, rose to $216 million during the first half from $56 million in the same year-ago period, having “provided for one specific narrow aspect of these investigations”. It did not provide further explanation.

The U.S. Department of Justice is scrutinising Glencore over alleged corruption in dealings in the Democratic Republic of Congo, Venezuela and Nigeria.

Any settlement would remove an important risk factor from Glencore’s stock, which is still well below its flotation price, analysts said.