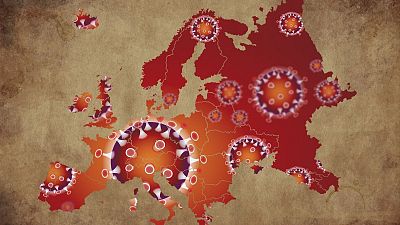 Nearly 4.3 million people worldwide have lost their lives to COVID-19 since the pandemic began.

That’s according to Johns Hopkins University, the oracle of coronavirus statistics whose resource centre has meticulously collated data from countries around the world in order to track COVID-19’s ongoing impact.

Even as vaccination programmes make steady progress, the ever-shifting total continues on its upward trajectory with a rising number of new cases, hospitalisations, and virus-related deaths.

But the American university’s figure is far from conclusive as data from different countries have been known to be heavily affected by factors such as testing capacity and disparate definitions from country to country of what constitutes a "COVID-19 death".

As such, the official death toll is believed to be drastically underreported. The Economist reported in May that there were an estimated 7-13 million excess deaths globally during the pandemic, some two to four times higher than the official COVID-19 mortality figure at the time.

A new study published this week in eLife Journal, however, believes it offers the most compelling evidence yet as to the true mortality figures in each country.

It could also help improve our understanding of future pandemics, according to its authors Ariel Karlinsky, a graduate student at Israel’s Hebrew University and Dmitri Kobak, from Tübingen University in Germany.

Why is this figure considered more accurate?

The study’s authors collected weekly, monthly, or quarterly mortality data from 103 countries and territories from 2015 to 2019 to build a public database they’ve called the World Mortality Dataset.

"Measuring excess deaths allows us to quantify, monitor, and track pandemics such as COVID-19 in a way that goes above testing and reporting capacity and policy," Karlinsky and Kobak said in a statement.

"However, until now, there has been no global, frequently updated repository of mortality data across countries".

Excess mortality - the additional deaths beyond those routinely attributed to factors such as old age, violence, traffic accidents and so on - is widely considered a more objective indicator of deaths attributed to the pandemic.

It’s been used as a yardstick to estimate deaths in pandemics and other extreme events like natural disasters as far back as London’s Great Plague in 1665 as well as the Spanish flu pandemic in 1918.

While the study does not include countries like China and India or large swathes of Africa, the dataset does give a more complete picture of Europe, drawing on figures gathered from 43 countries (not counting data entries for the Caucasus, autonomous territories Greenland and Gibraltar or disputed region Transnistria).

So, what does the data reveal about the true impact of COVID-19 in Europe? Here are the countries recording the lowest and highest percentage increases in excess mortality during the pandemic.

Countries with the lowest rates

Germany has officially recorded nearly 92,000 deaths to date, according to Johns Hopkins. The latest study found that Germany saw a slight 4 per cent rise in deaths compared to the baseline in 2020. Joint fifth with Germany (also with an increase of 4 per cent) was Luxembourg.

The latest figures for Finland suggest 984 people there have died from coronavirus since the start of the pandemic. The country’s excess deaths numbered 410, which means Finland was only up an estimated 1 per cent against the expected annual mortality rate.

Denmark and Iceland both saw an estimated fall of 1 per cent in excess deaths during the pandemic. The Danes in particular were widely lauded in Europe for their initial response and subsequent handling of the global health crisis.

Along with Denmark and Iceland, Norway was one of only seven countries in the list of 103 analysed that registered a fall in the number of expected annual deaths with -4 per cent. It’s widely thought that pandemic-related measures like social distancing prevented the transmission of other potentially fatal illnesses like flu, leading to the drop.

Countries with the highest rates

Joint fourth highest, neighbours Slovakia and Czechia both saw a 30 per cent rise in excess deaths, as did Kosovo. As well as showing excess mortality as percentage increases, the study’s authors also normalised the estimates in proportion to population size. Czechia recorded one of the highest excess death rates with 320 deaths per 100,000 inhabitants while Slovakia saw 310 deaths per 100,000.

This microstate enveloped by Italy has a population of just over 33,000. While it recorded 90 official COVID-19 deaths, its excess death figure of 110 equated to a rise of 42 per cent against the baseline, the equivalent of 320 deaths per 100,000 inhabitants.

What about European countries with high profile outbreaks?

There were several countries in Europe that endured well-publicised coronavirus outbreaks, including the UK, Italy and Spain.

While the UK reported the highest official death toll in Europe with over 130,000 COVID deaths, its larger population means this translates to a significantly lower excess mortality increase of 18 per cent.

How does Europe compare?

When it comes to the impact of the pandemic on the rest of the world, most of the European countries included in the study generally recorded much lower rises in excess mortality.

South American nations like Peru, Ecuador, Bolivia and Mexico were the worst hit, with excess deaths rising to well above 50 per cent of expected annual mortality.

Conversely, in countries like New Zealand - where the COVID-19 response was internationally praised - and Australia where coronavirus cases were comparatively low, excess deaths fell below expected levels.

Why was this? Much like in Norway, this drop has largely been attributed to the early adoption of social distancing measures which reduced the risk of spreading illnesses like seasonal flu to the wider community.