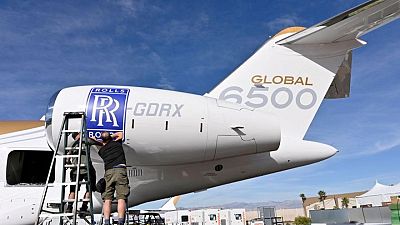 MADRID/LONDON -Britain’s Rolls-Royce is in exclusive talks with a consortium led by U.S. private equity firm Bain Capital on a potential sale of its Spain-based ITP Aero unit, the engine maker said on Wednesday.

Rolls-Royce said there was no certainty an agreement will be reached. It issued a statement prompted by a report in a Spanish newspaper which said Bain and Spanish group Sener would pay 1.6 billion euros ($1.9 billion).

The British engine maker wants to sell 2 billion pounds ($2.8 billion) worth of assets to help repair its balance sheet after the pandemic forced it to take on huge new debts. ITP is the biggest asset on the block.

A price tag of 1.6 billion euros would beat the 1.5 billion euros at which reports have valued ITP, a turbine blade-maker, which will remain a supplier to Rolls-Royce after its sale.

Should a deal materialise, it would be reassuring for shareholders keen to see the asset disposal programme, started almost a year ago, make progress after only minor sales to date.

“We do see risk that Rolls is running below its target in disposal proceeds, and we think this could become an increasing concern for investors,” Bank of America analysts wrote in a recent note.

Expansion said both the Spanish government and authorities in the Basque region, where ITP Aero is based, looked favourably on a sale to Bain and Sener.

Sky News had previously reported that rival Spanish aerospace group Aciturri was planning its own bid, while financial buyers KKR and TowerBrook Capital had also been reported to be in the running.

Earlier on Wednesday, Rolls-Royce agreed to sell its smaller Norwegian unit Bergen to a new buyer five months after a deal with a Russian company was blocked by Norwegian authorities.

Shares in the British group, which is due to report first-half results on Thursday, closed up 1.4%.