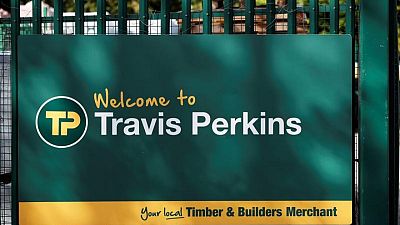 – British building materials supplier Travis Perkins raised its profit expectations, as pent-up demand after pandemic disruptions last year leads a strong rebound in the market, but it still took a cautious stance due to virus uncertainties.

Its finance chief Alan Williams told Reuters that the company, the country’s largest seller of building materials, will sharpen its focus on its division which sells materials such wood and sand to builders’ merchants.

“I’m expecting the revenue growth to continue and what has been driving it is repair and maintenance improvements part of the market,” Williams told Reuters.

The comments come after the mid-cap company, which currently has three other specialist divisions, spun off of its home improvement business Wickes and sold its plumbing and heating division earlier this year.

Britain’s construction industry recorded its fastest growth in 24 years in June, bolstered by a jump in demand for new homes and commercial property.

Jefferies analysts, however, said the outlook lift leaves a conservative second-half. Shares were trading about 2.6% lower.

“I am cautiously optimistic around the outlook for the business,” Chief Executive Nick Roberts said in a statement.

Travis announced a 35 pence per share special dividend, which is part of the 325 million pounds proceeds from the sale of its plumbing and heating business, while rest of the consideration will be returned to shareholders through a share buyback plan later.

Williams said the company has “largely managed” supply chain disruptions arising from the pandemic and it has been able to offset the impacts of inflation.